It was forecast Blue Skies but we got light cloud. ELO would have been better!. Still it made things more comfortable for working, this was the day before Teddy Bear Tuesday.

Vic was on weed removal and gardening, whilst Keith was clearing up all the cuttings from last Wednesday trimming around the Signal Box. 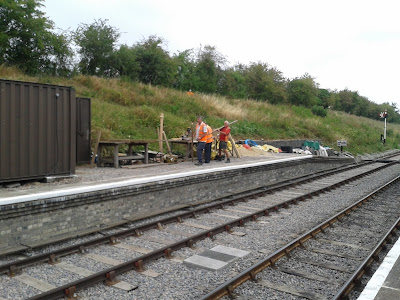 Peter K was adjusting the fixing brackets on the posts for the modesty screens. 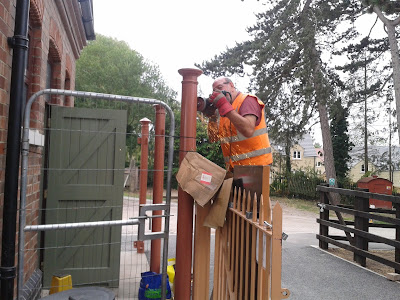 Mike was adding a couple of undercoats to the lamp hut. The other Mike to add top coat on Wednesday. 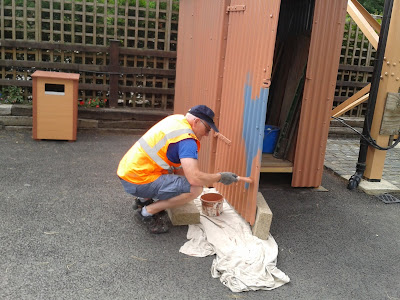 Pat was once again cutting grass, first with a hover mower, then clearing the bank above Platform 2 with a strimmer. 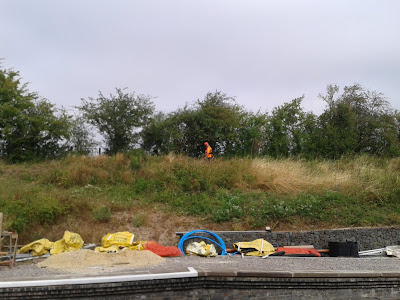 Neil C arrived with Diesel went through the station and picked up the Troublesome Trucks. (sorry, seen to much Thomas).
As last week Neil was collecting more concrete cabling troughs to stack on the trucks. Only 500 more to go!!. He also had a little help from Keith. 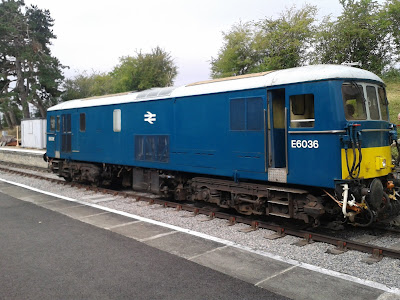 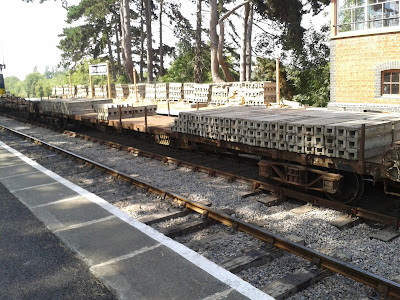 Also on site today was Gordon W who with help from Dave B measured out the staff parking area for the eventual surfacing.

Other visitors were the heating engineer checking the station system, our Chairman Richard J bringing plans for the kitchen and several folk calling to find out what trains were running this week.


It is now the day after the Teddy Bears visit, there were none around so all ok. Yours truly was on Platform 1 again, so it was photos across the track bed to see what was happening.

The team of two, Peter and Dave, were assembling another picnic bench, this was installed with the other two tables near the shop at the end of the day 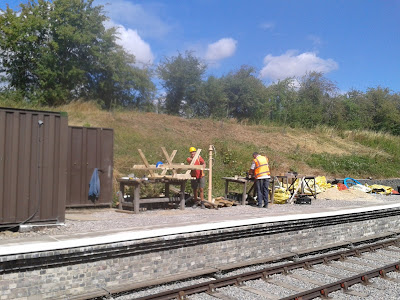 A larger team were on Platform two embankment near the signal box removing a large amount of shrub growth. 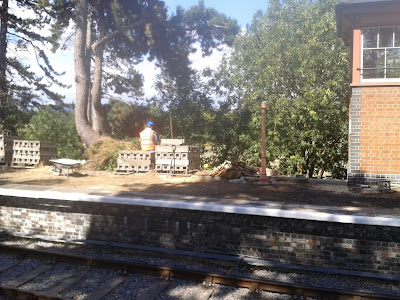 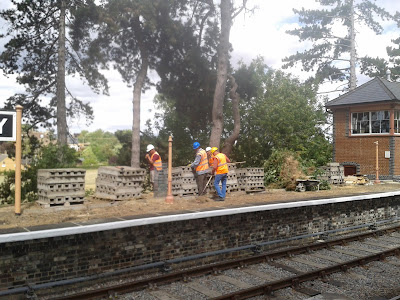 
The first train and the last train was hauled by Foremark Hall, the other train using the heavy freight loco 4270. 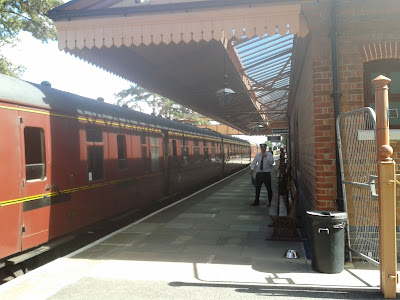 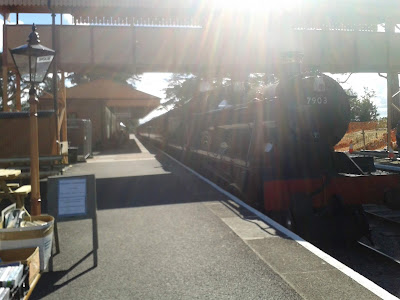 The shop was well patronised and sales were good. Every penny donated helps Broadway Station in its upkeep. 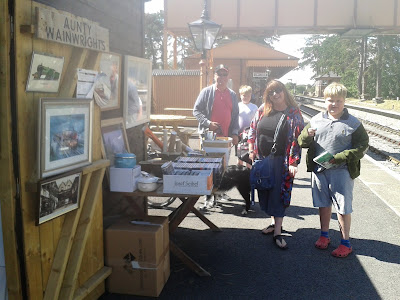 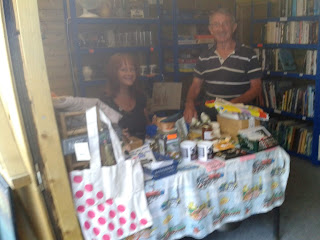 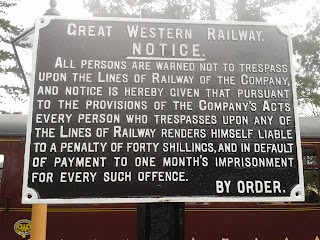 Vic
Posted by David Holdsworth at 19:57