Today there were seven volunteers reporting for duty and it was fortuitous for us, as it was Brian's birthday and he brought in a very delicious chocolate cake!
Sorry no photos! By the time the photographer appeared on the scene there was nothing to photograph!

The three (Musketeers) were busy. Peter continuing with the leaflet holders and Dave /Brian working on a new design for our refuse boxes which we hope will take recycle items as well as rubbish. 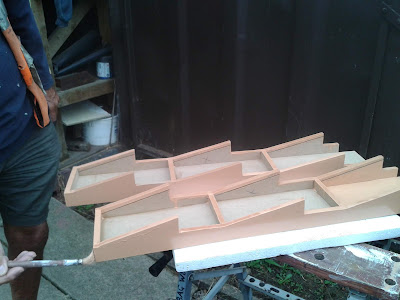 Peter with the paint brush.

We had just one painter in today, Mike S who covered the metal work carried out last Monday by Peter K. He then continued with a second coat on the Lamp Hut. 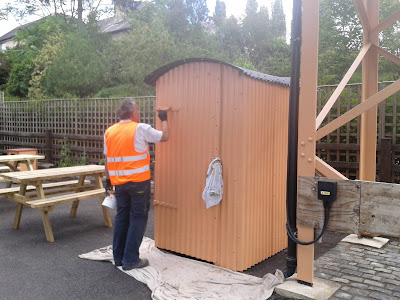 Mike getting the brush off.

Not the area down near the Isle of Wight but all over the platforms and down the drive. Tony and Paul made a great effort to collect as many of the needles shed from the conifer trees and took them over to the bonfire area to burn 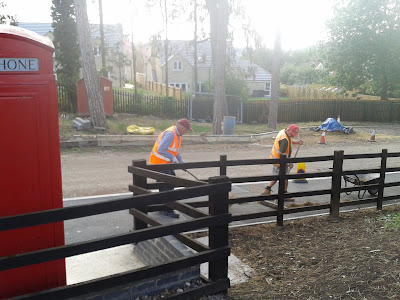 Tony and Paul getting the needle.

Vic as usual was pottering in the garden. Just a little bit of rain and it all goes mad. Trimming and dead heading was the main job, plus loosening up the soil. 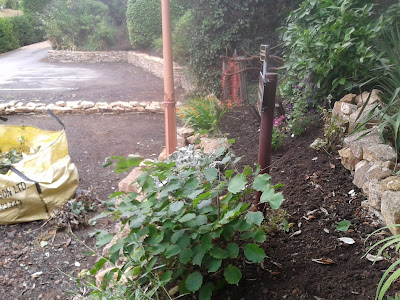 Have I missed anything?

As there was limited requirement for working at Broadway Station, some of the volunteers went to Toddington to help with the fence repair.


What do you think of it so far?

Rubbish I hear you say! Quite right! Broadway Station, along with our other stations have black rubbish bins distributed around the site. Jo came up with an alternative box, based on what had been seen at other heritage line stations, to camouflage the collection of rubbish. This has proved reasonably successful as a request for further boxes have been received. 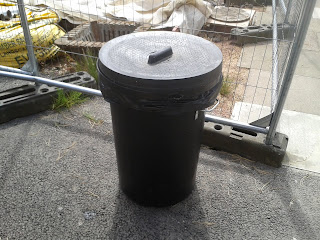 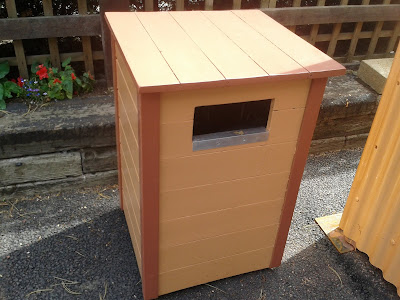 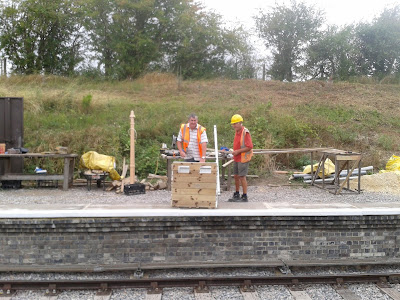 Being modern-minded, although we are a historic railway, a new design is being produced to include recycling facilities as can be seen in the above photo. One side rubbish the other for recycling.

Our Bric-a-Brac-Shop is helping to increase Broadway Station funds, so a big thank you to all our contributors. We still need more, so any donations would be welcome. We are also looking for people to help run our shop. Any offers would be gratefully received. Talk to Julie or John to find out more. 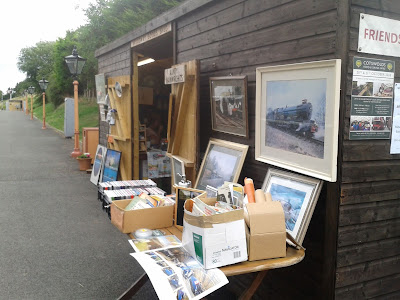 Three weeks ago the contractors arrived to begin construction of the council car park next to the Station. The photo below shows the progress made so far. This was taken from the Childswickham Road. 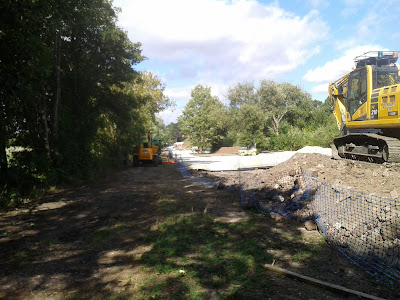 Posted by David Holdsworth at 16:16