'The gangs all here'.  There were 11 volunteers at the station today. The main job was to carry out the modifications required for the connection of mains electricity. Keeping our fingers crossed this will happen on Monday when the electricity utilities company comes along. 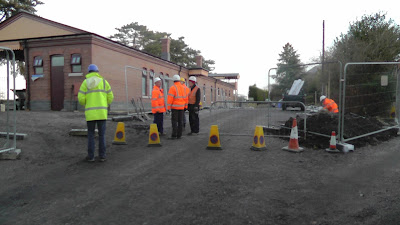 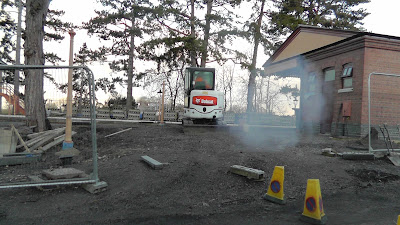 The gang consisting of Tony, Phil, Robin, Dave B, Peter Q, Peter K, Keith S, Vic, Stuart and Keith G were ready to do some digging. John C has the advantage of a bigger shovel, here starting the motor.

Dave H called in to have a look at the camera which had been reported as not working. The snow of last Sunday had in fact moved the lens so it pointed at the floor. It will be adjusted.

Digging it all out

The pipe is in!

Photo 1. As the saying goes, "Many hands make light work"
Photo 2. Trench done, is it tea break?
Photo 3 & 4. Keith S praying it all fits, Peter getting the sand right.
Photo 5. The pipe is in. Hooray!

The pipe was covered over with sand and then the diggings shovelled back into the trench. This was then compressed using the tracks of the digger.

Vic decided that the laurel tree at the end of the garden needed coppicing. Starting this last week he finished it today. The laurel had got rather straggly and also prevented the sun from reaching the steps that led from the car park area to the houses above. The steps, made from old cut down railway sleepers, have become rotten and unsafe. 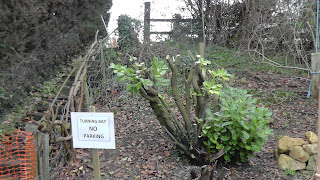 Vic, with the help of Stuart, cut all the branches and transported the cuttings to the bonfire area on Platform 2.

We had several visitors from the caravan park who have a birds eye view of the P/Way team working along side their units. The P/Way train came from Toddington, carrying equipment and, more importantly, the restaurant carriage, so they could warm themselves and have a lunch time feast. 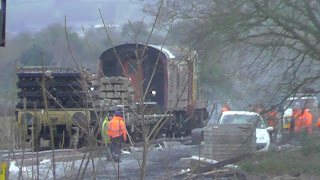 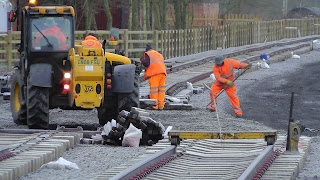 More work was being done on the turnout.

Vic had to make a visit to Toddington, wanting a calendar from the station shop and also War in the Cotswold leaflets for distribution.
The station was full of families visiting Santa and having a ride in the DMU. Santa's Elves were making sure everything was running smoothly. A water supply problem  had been causing a hiccough, though. 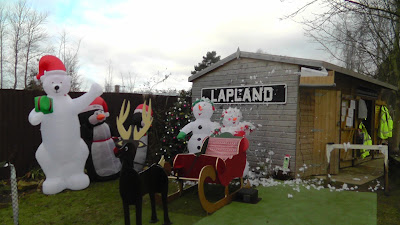 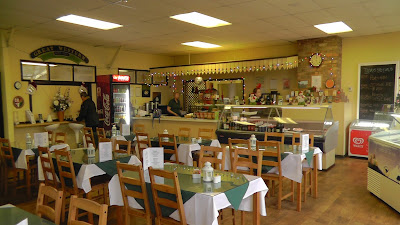 Inside the Flag and Whistle tables were all laid out ready for the Festive Fayre. So if you're ever near Toddington, pop in, you'll receive a warm welcome!

In previous blogs we've looked at where all the bricks have come from, so where were they to be used:- The Platforms.
The platforms were broken into sections, with the central area being constructed first, then the south end followed by the north end.

This was the first platform to be built, clearing the foundations and laying a concrete base upon which blocks were laid, reinforced and the brick laying could commence. 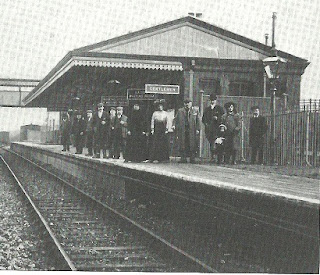 We now move to the year 2010 when brick laying commenced. The first picture is September and the next two are October. 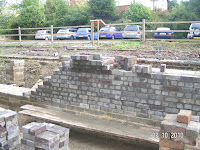 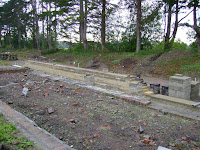 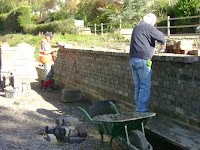 We then move to 2011 for the next set of pictures. The 1st pic shows the centre, 2nd the south end,
3rd pic the foundation blocks being laid for the north end. 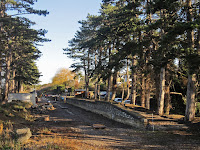 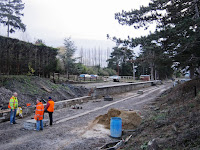 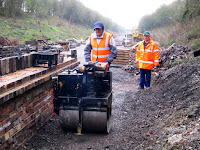 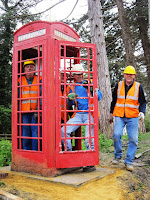 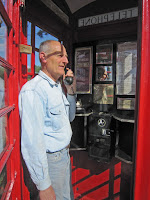 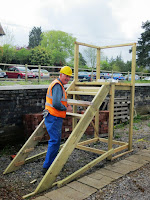 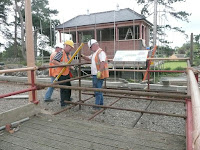 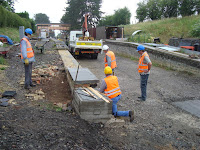 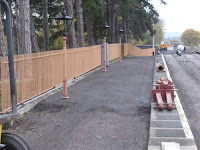 Next week we look at Platform 2. 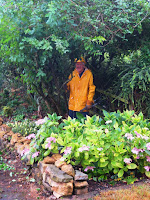 Posted by David Holdsworth at 18:56