Bric-a-Brac Last Day, but I'll be back.


On a cold wet Saturday 15 volunteers braved the elements. Five were taking part in a strimmer/brush cutter course which would take up best part of the day. The remainder were mostly busy on the track side of the station but there were a few jobs needing to be done on the front and ends of the building.

The infill material is reused ballast which has been scraped off the trackbed from the other side of Station Road bridge.

Here Tony awaits the dumper to be filled. 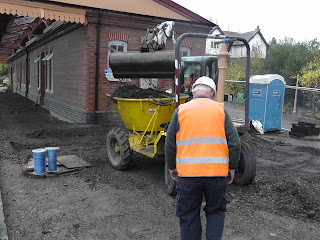 Below one can see where previous drops have been made. 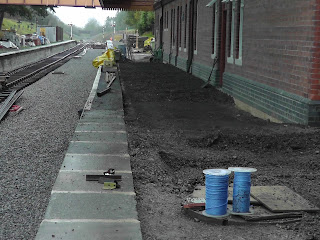 Here is the next drop 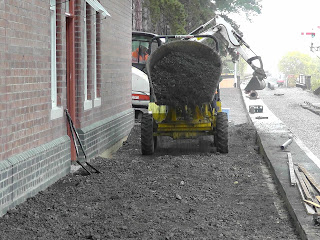 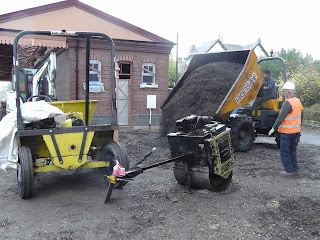 What more?? Here is Steve with the big dumper dropping off another load of ballast.
Only one more to follow!

This is not an introduction to a salutation, but the toilets which will be ready when the station opens next year. 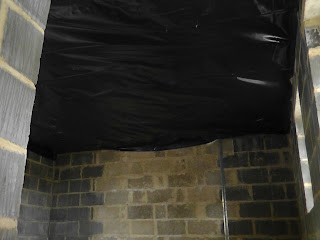 The Disabled toilet has ceiling panels. 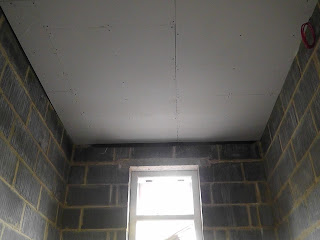 The Gents toilet (below) with wall panels as well as ceiling panels. The room is being scaffolded again for the top panels to be installed and the ceiling skimmed. 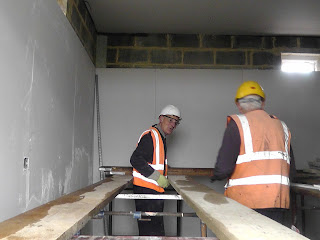 The roof has been securely weatherproofed, but where does all that rain go? Several down pipes serve the guttering and Robin, John S & Keith G have been sorting out the drainage on the northern end of the station. Peter Q was also examining down pipes and checking the exterior walls for sealing. 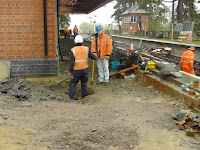 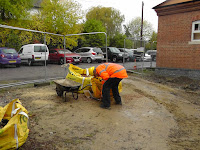 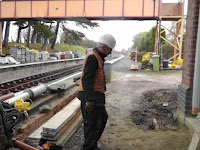 Today was the last day of opening, so a large number of boxes arrived via Peter Q. Julie and Steve commenced packing all the boxes with the last items for storage. Any unwanted items would be passed onto charity shops. 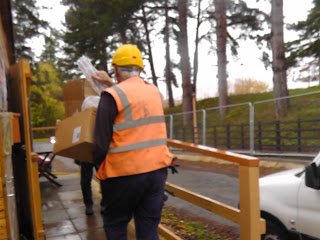 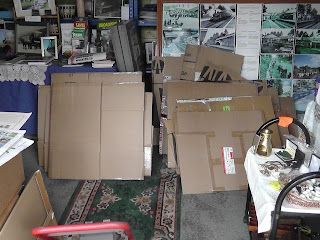 It's just like moving home! Boxes, boxes and more boxes!


This course was a refresher for three members and an introduction for two. John, who regularly trains in the Gloucester/Worcester area, came to give us guidance on the rules and 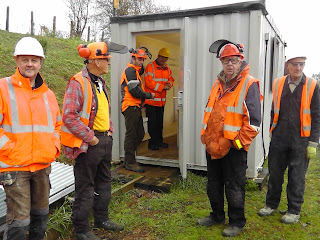 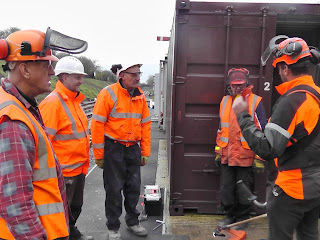 handling of the equipment. All five met the requirements so should be able to offer their services to the clearance teams in the future, helping to keep the undergrowth reduced on the track sides of the railway.

Brian M, Phil, Keith S, Pat & Vic (behind the camera) listen to John describing how to correctly handle the equipment.