Rain, rain go away . . . well by nine o'clock it had. There were 12 volunteers from the Broadway Group on site today, also on the trackbed was a large gang from Permanent Way, so things were moving along on all fronts.

Vic was digging up the flowering shrubs from the front of the Bric-a-Brac Shop to transplant down the drive entrance. A bed was made for 2 Hydrangeas and a further bed for Canada Daisies and a couple of Begonias. 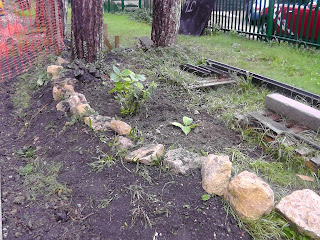 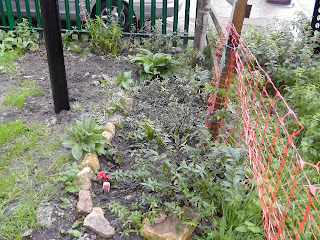 Last Wednesday, the rain water pipes and service ducts were laid out underneath the station canopy. Gravel needed to be brought by the barrow load to cover and protect the pipes. (It was nice and dry under here so some were happy, others had to get wet). Three ducts and one pipe were laid along the platform, one next to the station wall, the other three going along the centre. These three would be supported and covered with sand and the same to the pipe using pea gravel. 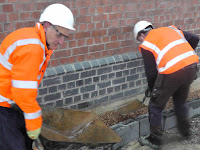 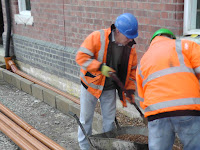 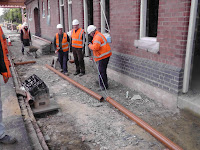 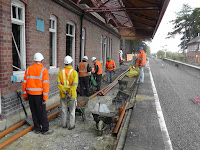 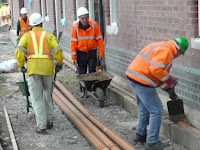 A regular 'train' of barrows came to the stock pile where Phil & Vic shovelled away filling each for the barrow pushers to take to the coal face. Vic is behind the camera here so, in the meantime, the pushers had to fill the barrows.
While all this was going on Neal spent the day preparing some rooms for the plasterer, who is due to start on Monday.
Stuart has just opened up the shop and is going to join John B in the office to discuss their day's work programme. 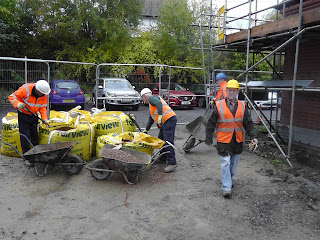 Edna was today's shopkeeper and, as can be seen from the pictures below, some of the stock has been reduced both by sales and removal into storage containers. More will be moved to storage next Wednesday, so there are still bargains to buy if you're quick! I think Edna was shy today, keeping behind the camera. 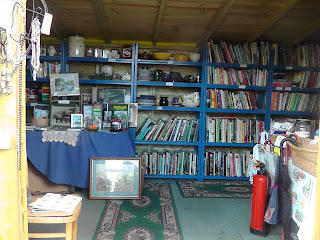 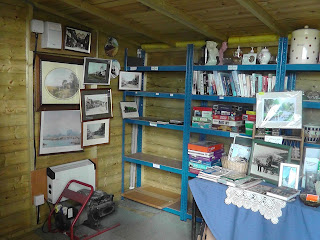 Closing the Gap
In earlier blogs, photos have been shown of the platform wall closing and the gradual infill of this area. It is taking a lot of old ballast to bring the level up to the required height. The next photo gives an indication of how much is needed for this to be achieved. 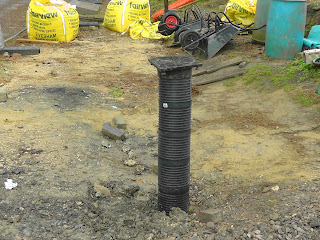 The Permanent Way Gang split into two teams, one laying the sleepers and fitting the rails, whilst the other fitted fishplates and clips. 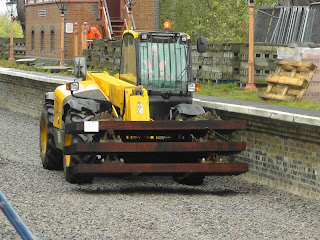 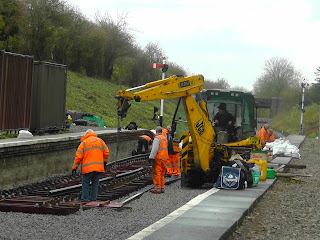 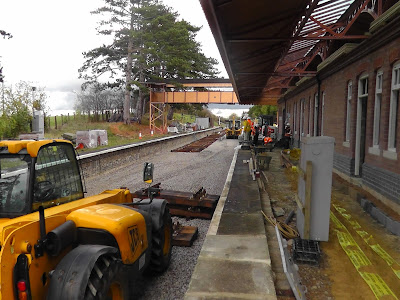 Further details of the Broadway Extension can be found on the Blog written by Jo. The photo on the left, shows how far they had progressed by lunch time; nearly halfway down the station!

All photos and blog by Vic

Posted by David Holdsworth at 11:12