Arriving on site at Broadway Station to the sound of the rooks who were also waking up to another start to the day. There were 13 volunteers (unlucky for some) on duty today and it was a cold frosty morning. Painful for the extremities but good for 3D photo effects! 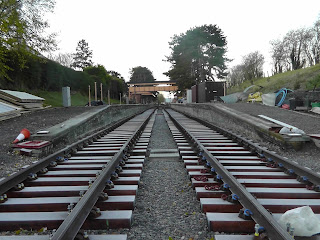 Vic did the usual and opened up the storage containers so the teams could obtain the required tools for their working areas.

A team of four set out to move the scaffolding into the ladies room, in readiness for the plasterer. The boards and trestles had been stacked outside the rooms and were built into a working platform in the Ladies. 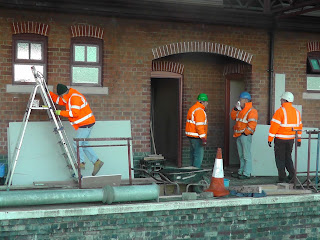 Here three of the guys, Peter K, John S and Phil discussing where to go next. Graham the painter is on the move to the next window. 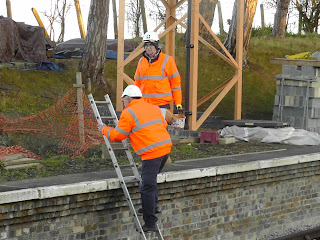 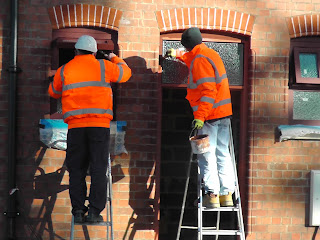 The photos above show Mike and Graham with their brushes and paint pots working together on the south end of the station building. (Up/down, up/down, our arms and legs are getting tired!)

Neal, who is fitting out the Ticket Office, has put a dado rail around the Booking Hall walls and as part of the assembly for the shutters has fixed boards over the windows where tickets will be purchased. 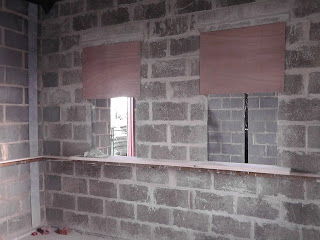 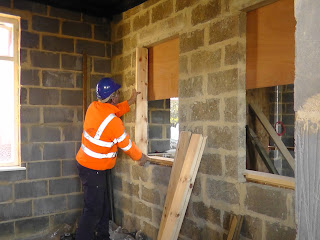 Neal here, is offering up the framework to confirm that it is the correct size. (Looks good!)

Neal also 'trial-fitted' a door to one of the rooms, recently, but at the moment does not have the necessary time to fit the handle and locking parts to finish off the installation. 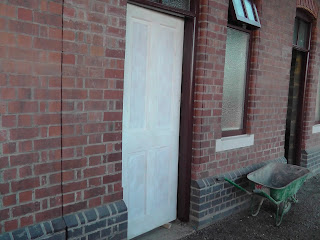 As it was a dry day and the wind was blowing in the right direction, Steve and Vic collected all burnable rubbish from around the site and started a bonfire. 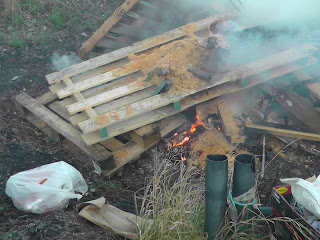 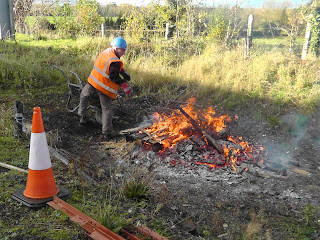 It was quite nice as one could warm oneself up! (Should have had some sausages to cook and warm up the inner man!)

A larger team consisting of Tony, Rod, Keith, Peter, Phil, John S & Vic, were at the top end of the drive, where infill was still required to level the ground. 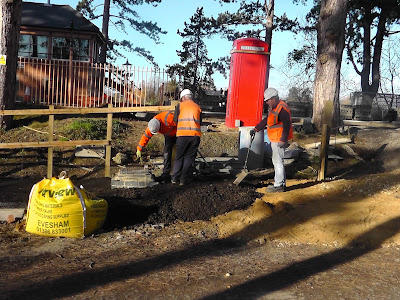 Here Keith is checking the depth to make sure it is correct for the installation of the small backing slabs next Wednesday. Tony and Rod with their shovels are at the ready! 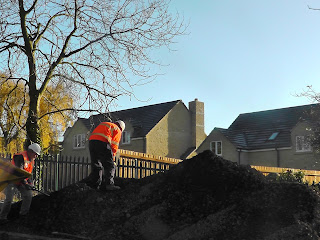 The first spell of filling the dumper was Rod & Keith.


This job was then taken over by Peter, Phil & John S. (Is it getting any smaller??) 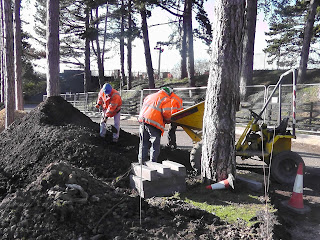 Step in the Right Direction

John B and Stuart took some ballast  and commenced making a step for our neighbours, as their  access will be interrupted on Wednesday. The drive will be excavated for the installation of a mains electrical cable for the station supply. A diverted footpath is to be provided. 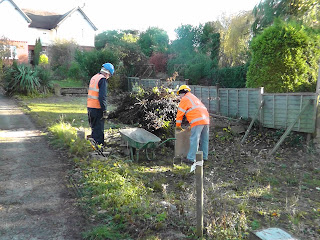 A large team of Navvies appeared from Toddington today. These included some of our youth members who offered to lend a hand in track laying. Our railway is looking to the future! 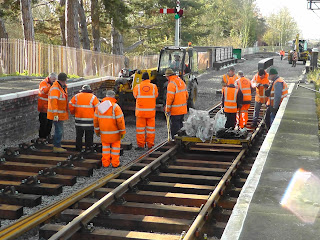 In the year 2007, a small group of men met on the western edge of Broadway Village. These fellows all had one thing in common, a love of steam engines and railways. There had been a mainline railway connection at Broadway but had been disconnected, now it was to be reconnected as part of the preserved GWSR. 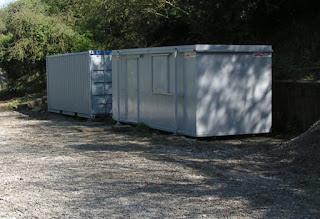 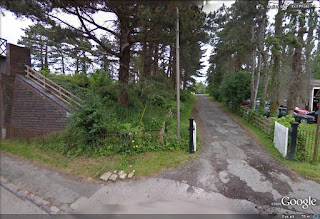 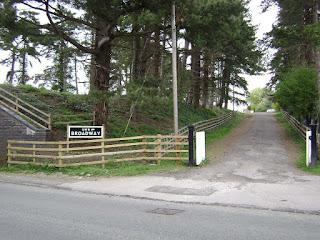 In the first photo, two storage containers were obtained and set up at the top of the station drive. The second and third photos show the entrance before and after a clearance team had been at work. 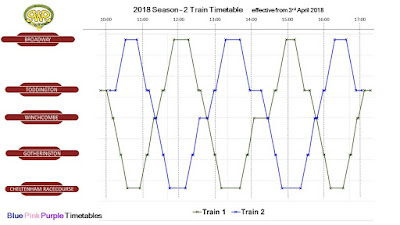 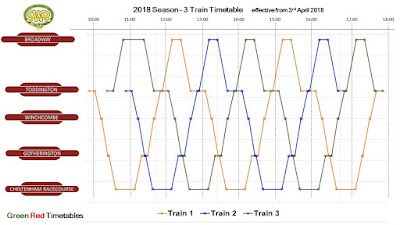 Posted by David Holdsworth at 18:57