Cabins On The Move

We have a saying at Broadway  "If a jobs worth doing once its worth doing twice", this photo taken by Jo back in July 2013 shows the cabin that we use for the mess hut being installed on platform 1. Behind it no hint of a station building, no bridge, no signal box and no viewing platform. Platform 2 is not even half way. 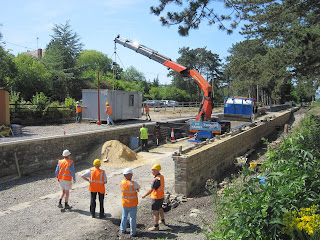 But fast forward 4 years ,Platform 1 needs to be cleared and its on the move again, this time with the 4 other containers.Vic Haines again were the movers, first to go was the mess hut then followed by container 2. 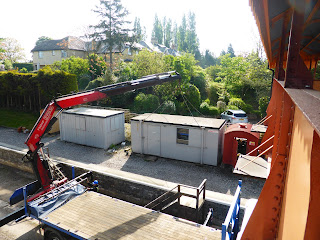 These two eventually headed to their new and permanent home on the newly constructed concrete slab at the end of Platform 1. To the right of the container slabs had also been laid ready for the temporary positioning of the cement hut and metal storage hut.


Throughout the day two more containers and our office were then moved onto their temporary positions on platform 2. 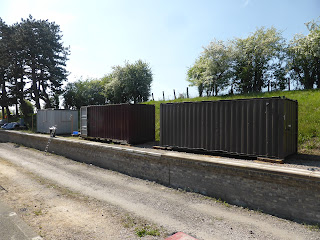 Below is a before and after of the northern sections of the platforms .

All that is left is the carpenters temp shelter that has the work benches in and where it's also used for storing the dagger boards etc.

Some of the 21 volunteers that attended on a beautiful sunny day made use of the good weather to crack on with the corbelling and brick laying on the station building. 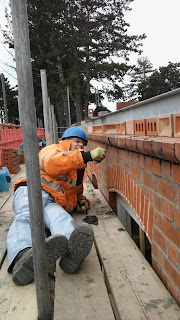 This photo taken by Paul last Monday has John S pointing the first row of corbelling on the car park side, not the most easy job.

Today saw Tony, Bob, John S, Clive and Peter Q, with Paul as usual on the mix, taking advantage of the good weather.


On the right hand picture a temporary cover has been put over what is down below the cafe area. With the Mess hut on the move and now unavailable, this was the first time lunch could be taken in the Station Building cafe.

But alas no waitress service and bring your own sandwiches! 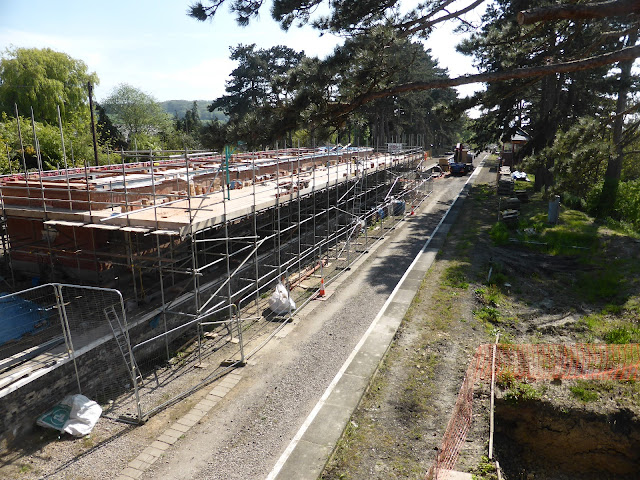 The station building near the end of the day, corbelling coming on at a pace, northern end virtually complete. Vic Haines lorry bringing the cement huts to slabs on the end of platform 1.


Mike informs me that there are just two more to go , after these three !

Terry, Rod and Martin, after laying the slabs for the huts at the end of Platform 1, returned to the bottom of the drive and placed the last 3 of the curved kerb stones. 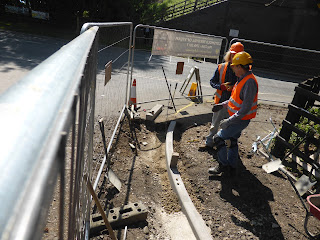 Over the road on the embankment the soil nailers were at work with the drilling machine.
Fascinating to watch, but there is still a long way to go. 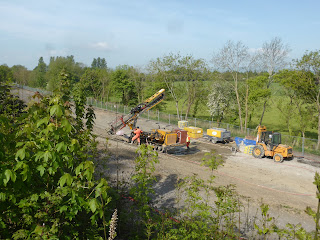 Some of you may have noticed that the security image hasn't changed over the last couple of days, this doesn't mean that cameras are not working. The images we see from the cameras are randomly sent to the Web and Blog site. The problem is that the broadband link is down temporarily, following the container re-arrangement, and therefore it is unable to send these images off site, meanwhile the images and videos captured by the cameras are still stored and are accessible.

And finally finally another reminder. 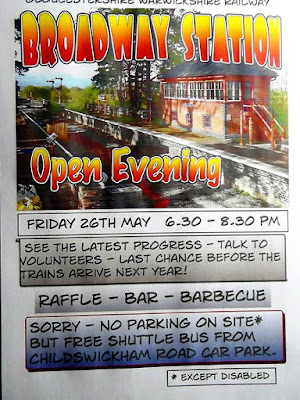 Posted by David Holdsworth at 21:00