Up the British Workers!

The continuing fine weather has allowed much progress over the last week or so.
Saturday 8th saw 12 volunteers on site. Curbing on the driveway & work around some window arches continued. Up on the scaffold the decks were cleared ready for raising next Wednesday. 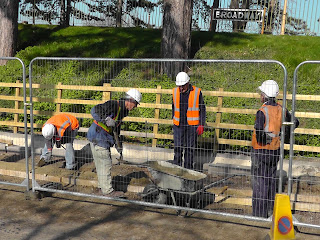 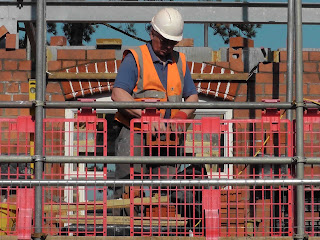 John C putting a row of stretchers over the last but one window arch. 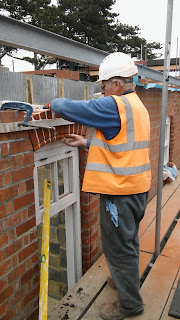 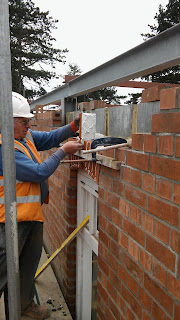 John C sizing the last arch brick, then in it goes! 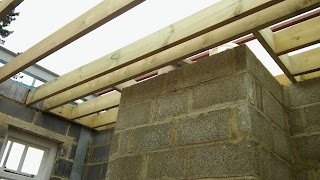 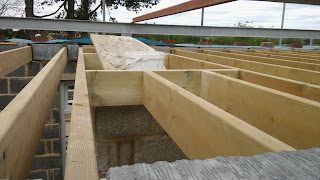 2 pics showing the joist work around the chimney breast. 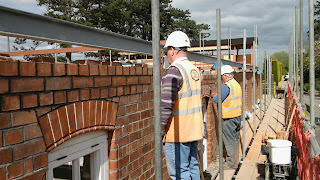 Onto Wednesday, and I was so impressed when scouting round the site early in the morning with my camera. So many cheery volunteers (23 signed in.) hard at work before 9.00am. The following 9 pictures were all taken before 9.00am. 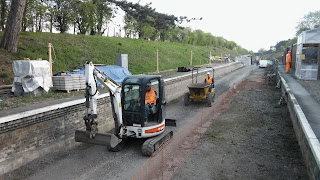 John C with Bobcat & Tony on dumper off to collect old ballast to backfill the driveway curbing. 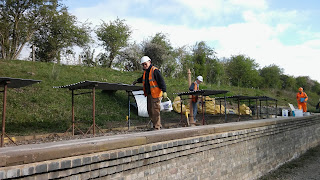 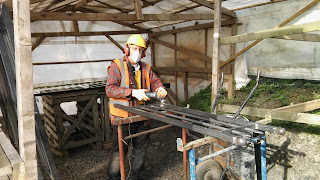 Brian M with the dusty job of sanding the nice linking piece of spear fencing. 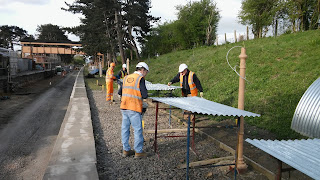 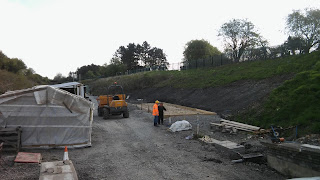 Dave B & contractor Steve W discussing the area between northern end of platform 1 & the future site of our mess room cabin. 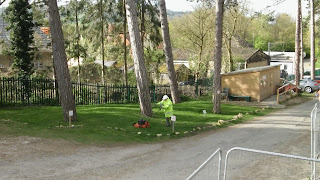 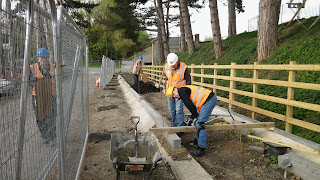 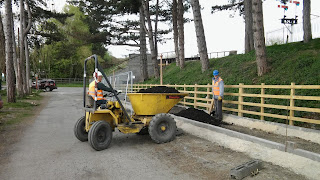 Tony with another load of backfill 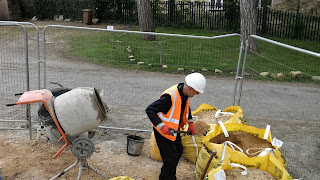 Keith S supplying plenty of concrete for the curb stones. He was later assisted by Pat & David. 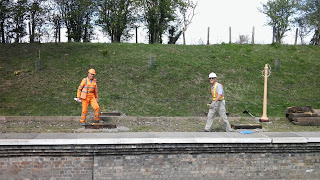 Platform 2 : Gordon & Ron placing in position cut sleepers onto which our storage containers will soon be placed as part of the clearing process for platform 1. 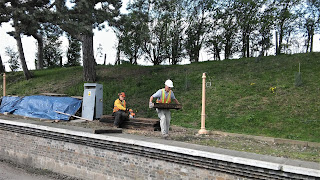 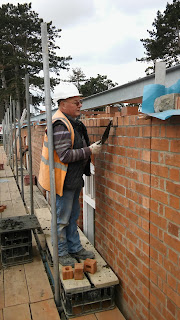 The last brick in the wall being laid by Bob W, before corbelling starts. 3 out of the 4 rows of corbelling can now be laid. The final row will only be laid after the roof trusses have been bolted in position. 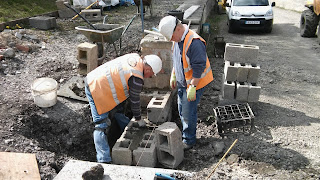 North end of Platform 1: The slope is being slightly extended & the process began today with Bob W & Clive laying the appropriate number of blocks which were duly filled with concrete, supplied by Paul C. 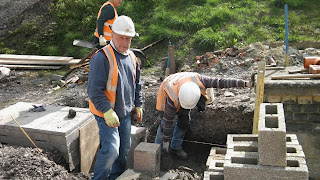 Yes Clive, quite a few shots of you this week. 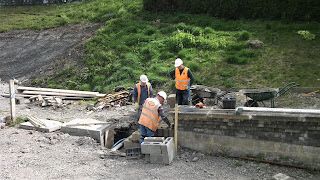 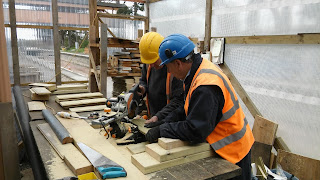 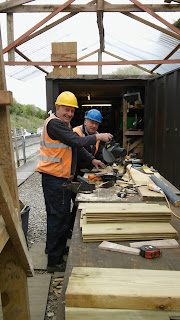 Peter Q & Brian T started the production of endless dagger boards from tongue & groove lengths. These will be needed on the station building.
Peter & Brian also worked on the station ceiling joists, preparing a frame within the joists to accommodate a ceiling hatch. (Sorry no pic. - Next week) 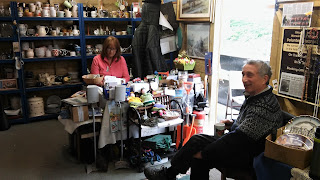 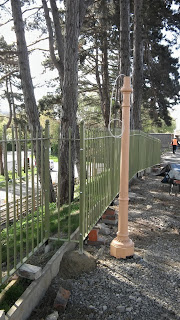 That piece of fencing that Brian M de-rusted earlier has now had a primer coat from Graham & has been attached & concreted in by Rod & Keith S. 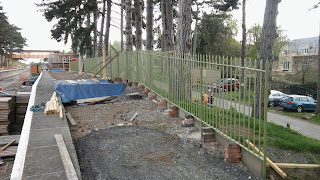 The spear fencing behind platform 1, as it looked mid morning. Subsequently Rod & Keith S had time to set up a few more panels for concreting in next time.


From all of us at BAG, we wish our followers a Happy Easter.
We will be returning to duties next Wednesday, 19th, but the Shop will be Open Easter Monday !

Paul Carter
Posted by BAGBLOG at 11:25