A bright, dry & much warmer day (+10c at start) greeted our 22 volunteers.
Normal bricklaying duties resumed with John S & Bob W on facework at the southern half of the station building. Clive & Peter Q were busy on internal blockwork. 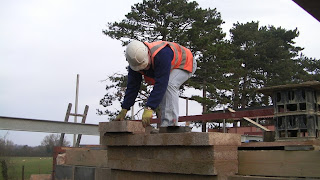 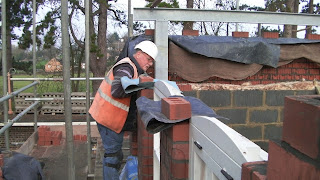 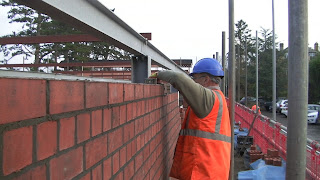 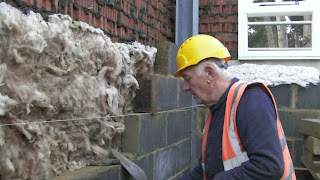 Brian was busy cutting "specials" again for the brickies, until the water cooling pump gave up. 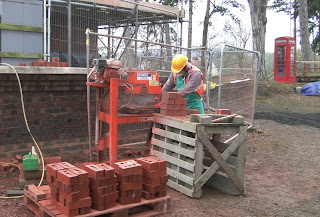 We took delivery of 92 lengths of cast iron guttering which, with the help of a few trips by Rod & dumper, were put safely into storage. These will eventually be used around the station building. 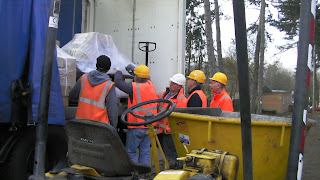 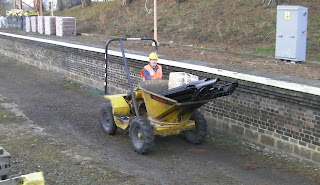 Electrician, Andrew C came in today to install trunking & wiring in the signal box locking room. The wiring goes out to each lamp post on platform 2 & now leads through the trunking to a new junction box. Eventually a permanent power supply will reach this junction box. 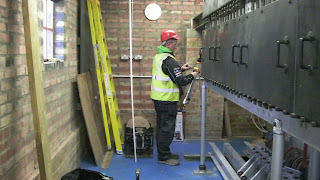 Our intrepid fencers (must be of Olympic standard by now) Terry, Rod & Pat had another successful day installing fence posts alongside the station approach. 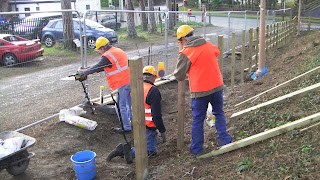 Keith G was found working intently on his knees in Julie's gift shop. No, he wasn't setting a mouse trap, he was assembling another shelf . 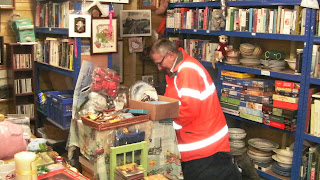 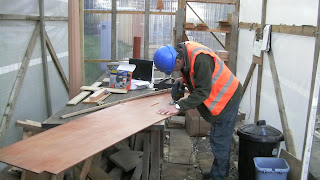 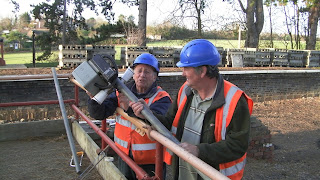 Dave B was working down near the Evesham road, on the Evesham side of the railway bridge. He was marking out post positions & assessing a level for new palisade fencing, to be erected shortly. 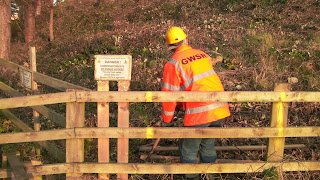 What's this ? Our boss Roger B was spotted later in the day, outside & using a drill-driver!
I think the Private sign was for the gate leading into our work site, not for his office. 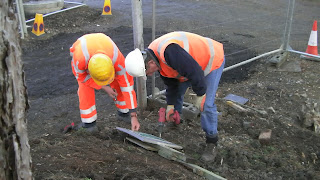 OK. We can't forget our painters, who couldn't paint today as the items were still too damp.
But they occupied themselves in helping out around the site. Here they are "helping": 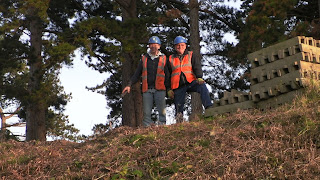 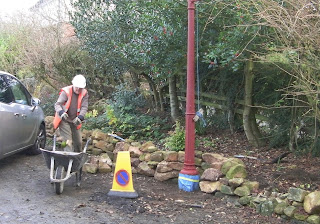 Last, but not least John C produced this brick arch over the porch on the platform side of the station building. The porch will lead to disabled & ladies toilets. The fantastic blazing low sun was shining straight up the track onto our picture. 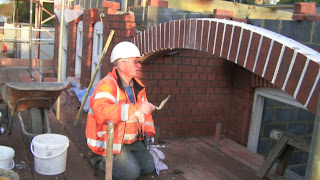