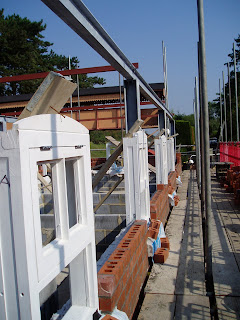 This picture shows some of the work carried out by the Monday gang, rarely mentioned, they work on the station building. Sometimes having away days working on the new platform at Cheltenham. This week all the higher level windows in the toilets were able to be fitted now the scaffolding is in place. Most of the windows have now been positioned in the station building save for a couple at the opposite end of the building. 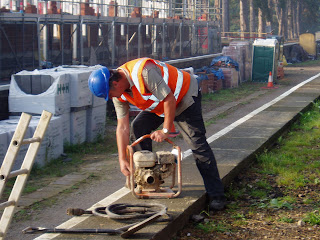 Another job taking place today was the concreting of the legs of the footbridge tower on platform two. Dave checking that the hired poker will start. 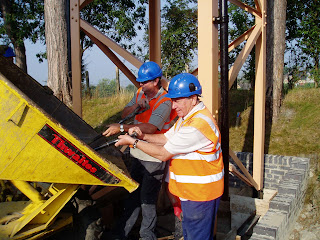 All the concrete was mixed on site next to the station building and loaded into the dumper, Steve B had the job of driving to the end of platform two then along past the signal box to the footbridge. Dave and Brian then shovelled it into the box shuttering. 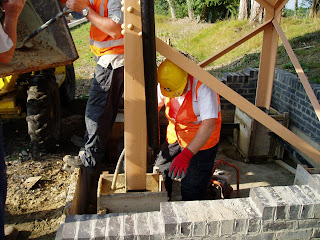 Mike then used the poker to make sure that the concrete was well packed and the air pockets removed. 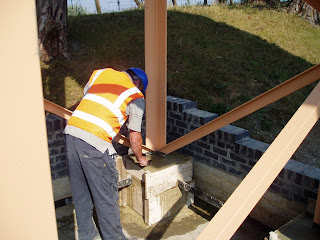 Finally Dave trowelled up the tops to a profile which would encourage the rain to run off. Job completed by lunch time, good going as the heat rose. 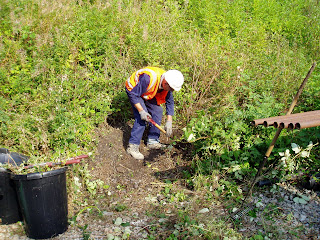 Keith meanwhile started clearing some of the ash and elder which was encroaching on our scaffold racking and side drains. 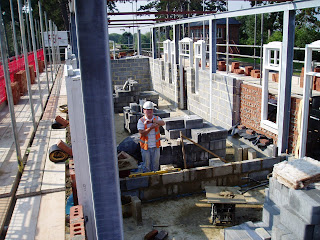 On the main station building a few shots from the scaffold. Clive still soldiering away on the internal blockwork in what will be the booking office. 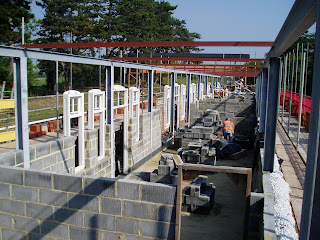 Looking through the station towards the footbridge. 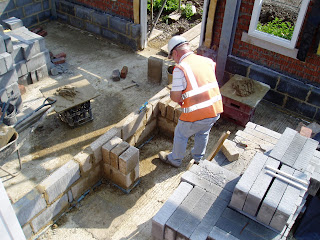 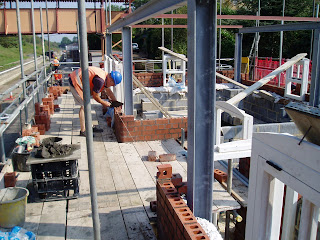 John doing the fiddly bits of the detail bricks around the window frames and doorways. Bob W was just round the corner building up the end wall. 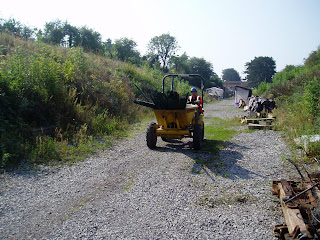 After delivering the concrete, Steve picked up a load of fencing parts and delivered them to the cutting steps, Then they were carried up to the top of the steps to where they are required, this involved many many trips up the steps. 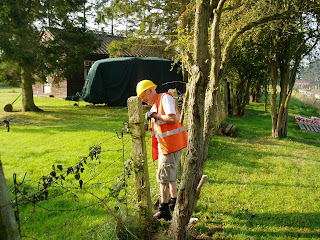 Vic moving ahead of the fencing team removing the years of old rusty wire, prior to the removal of the posts. Making sure the fields behind, which held animals, could be left secure at the end of the day. 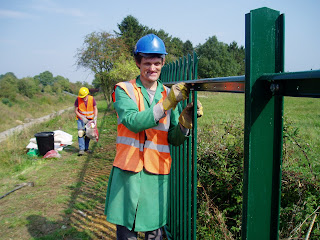 Whilst Rod and Terry later assisted by Keith went on installing the uprights, David, helped by Pat installed the palisades. 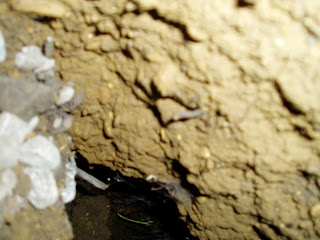 The upright installation proved to be a bit difficult and slow today. Such problems as rabbit runs. The picture is the inside of a six inch diameter post hole, the dark area at the bottom is where the augur broke through into a rabbit warren which went right across the hole. It took two bags of rubble and two plastic bags to seal it off to get the postcrete in to hold the post secure. 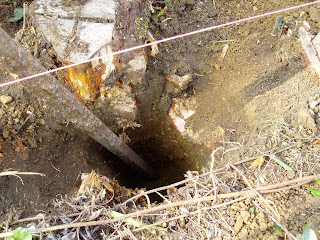 More fun was had when this tree root was found to be right on the fence line. The augur had to be replaced by the bar, axe and spade. 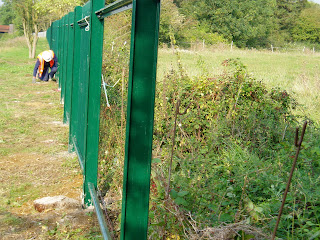 At  the days end eight panels had been erected and Keith is checking some of the fixing bolts.


As usual, others worked on different jobs around the site. Materials were delivered and unloaded, plant maintained, other jobs I'm sure I've missed and Julie was manning the shop.

One of our followers queried where the volunteers were on Saturday. The answer is in the name, we are volunteers, some work on other areas of the operational side of the railway. We are mostly pensioners, some for many years and sometimes don't feel up to it and we are allowed to take holidays.

Unfortunately, because of holidays of the blog team, the next blog will be the 28th September when normal service will be resumed.