A cool and overcast day stayed with the 27 volunteers throughout the day, but as ever the work  was carried on with the usual enthusiasm. 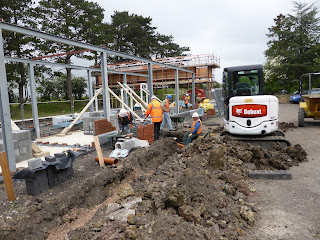 One of the first tasks of the day included John C and helpers finishing off the storm water drainage in front of the station building. This involved the installation of a new manhole and extending the drainage pipes. 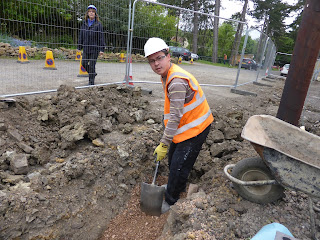 Here Peter is seen filling the ditch and covering the pipes with pea gravel, later to be back filled by John C. 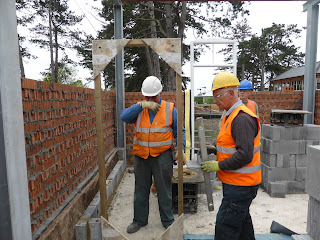 The carpentry dept had an early morning request to make a temporary door frame, the reason was that the block work in the first room of the station was being started. Here John C, Tony and John S are making sure the frame is upright before commencing . 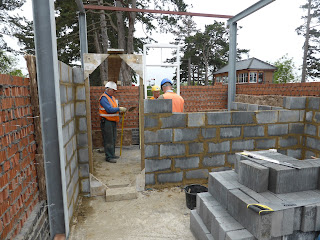 Meanwhile back on the foot bridge 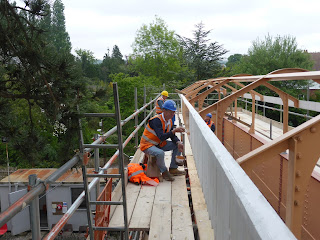 The dagger boards which been primed the previous week were hoisted  to the footbridge and Peter Q seen in the distance got into his stride and carried on fixing them to the fascia board. Graham following painted the first layer of undercoat. By the afternoon we had one side virtually complete .On the footbridge walkway Mike and Gordon spent time removing the last of the masking tape which was still refusing to come off easily . 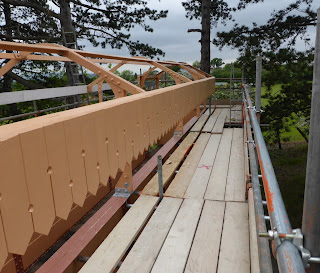 This was what Pete and Graham's efforts looked like at later in the day. Still the south side to go!! 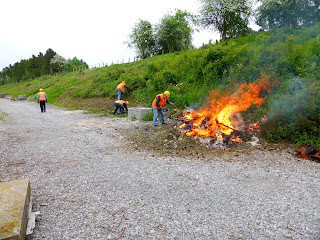 Rod and Terry's team were clearing an area on the bank in readiness for the construction of a stairway to the top of the embankment. Over the next couple of months the fence at the top needs to be replaced. Access to the top is very tricky especially when wet. Constructing a stairway will greatly assist in moving materials to the top. 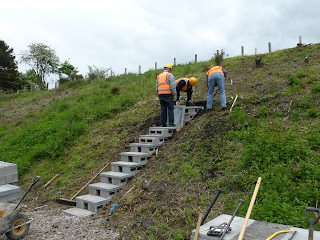 Using slabs and blocks they have made a good start, only to be held up by old stubborn roots! 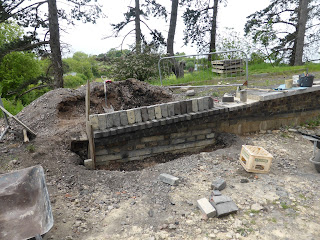 Clive just had to put the rear blocks behind the front row and then back fill. Both platform ramps can then have their edging slabs replaced, at a later date.

Also around the site Steve and Vic were making the site look smart and tidy for the open evening. Steve spent most of the day striming and grass cutting, while Vic did the Gardening.


In readiness also for the Open evening, Mike and Keith covered the temp shelter, just in case we may have inclement weather on Friday, this will be the home of the BBQ and Bar. 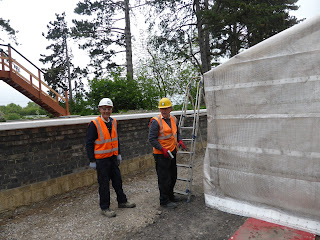 Did I mention the Open Evening ! 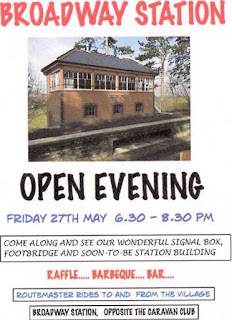 Posted by David Holdsworth at 22:59