It was a beautiful spring day at Broadway today and the perfect weather was enjoyed by the 25 volunteers on site.

When the original station footprint was discovered six years ago under a thick coating of brambles and other wild vegetation we found a wonderful display of primroses on the bank leading down to where platform 1 is now. Every effort was made to save these delightful plants and they were transplanted to other parts of the Broadway site. It is pleasing to report that in two areas the plants are now doing well. 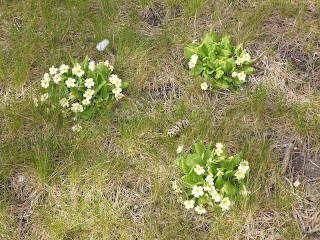 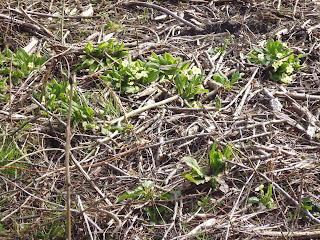 .
Further up the cutting in a northerly direction on the Cotswold side more plants have become established. This is the first year we have been able to see them as in previous years they have been hidden by the undergrowth that in the past few months has been cleared away. They are remarkably hardy plants and fortunately thrive in a shady position. We sincerely hope they will multiply in future years to give the cutting a real treat at this time of the year. 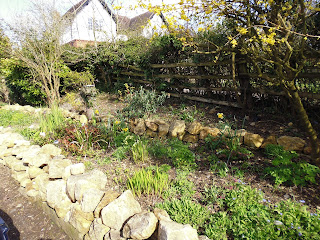 In the car park Vic's garden is beginning to show it's usual excellent display of spring flowers. It should be a picture in the next few weeks.

Mike took advantage of the early morning sunshine to put a final coat of black paint on the metal treads that are going to be fixed to the signal box steps. Out of the seventeen treads we are very fortunate in having several which were donated to us. These will finish off the steps in true GWR fashion. 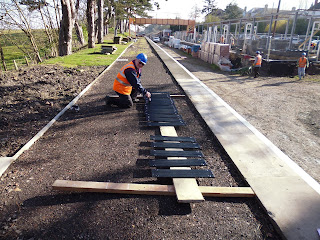 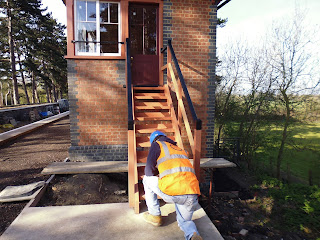 This will be a brilliant finish to the signal box. Congratulations lads for a great job well done

The treads will be fixed in place next week and this will bring the end of the exterior work on the signal box a bit closer. The interior and track side signalling equipment will, in due course, be fitted by the S & T department.


The carpentry department took delivery of a large supply of timber required for the dagger boards which will be placed on the footbridge span and stairs. 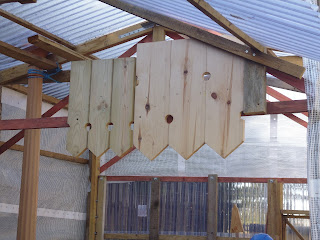 The pattern that will be used is shown on the right hand side of this mock-up. 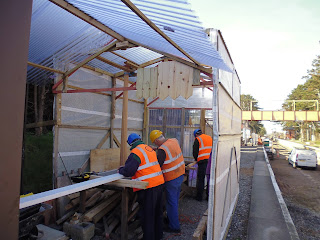 The carpentry team of Peter Q, Dave H and Brian are seen setting up the jig ready for cutting the lengths of timer required. 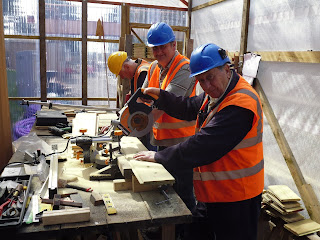 Having set up the jig Brian and Dave H prepare to start cutting the first of around 500 lengths of timber required to complete the job. 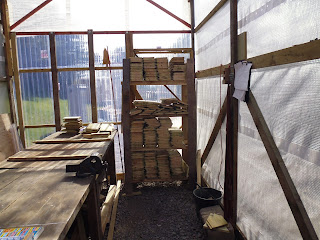 At the end of the day a very good start had been made in cutting the timber to the required length. The angles and holes are still to be cut and drilled! 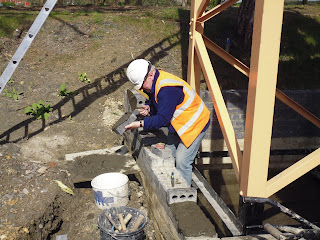 On platform 2 the retaining wall which surrounds the footbridge tower is nearing completion and Clive is seen here making a start on the final course of blue bricks. 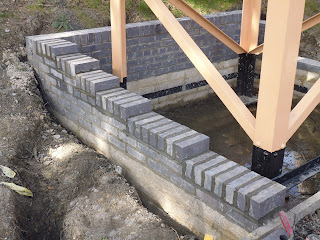 This is a view of the completed southern side and a very fine sight it is too. The northern side will hopefully be finished next week. 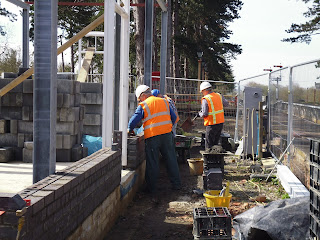 On the station building the team of John C,
John S, Tony and Paul made good progress on a section of wall on the platform side and soon reached the height at which the plinth headers were to be laid. 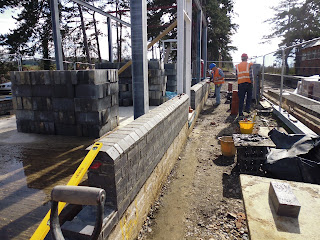 At the close of work a fine stretch of plinth headers had been laid. 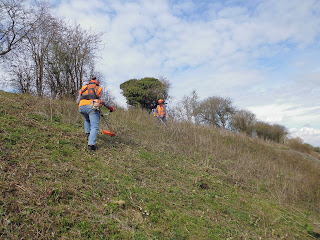 On the Malvern side of the cutting to the north of platform 2 Rod and Terry on the strimmers assisted by Pat and Peter H on the racks cleared a further length of the cutting. 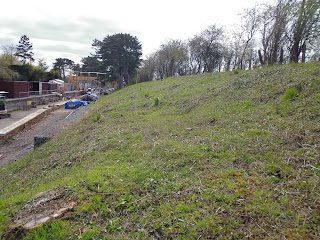 This is a view of the cutting when the team finished work. It will be an ongoing task to keep the vegetation in trim and the cutting looking like this. The task is made difficult  by working at fairly steep angle.


The steel fabricators were on site today and completed the last remaining steel work on the footbridge span. 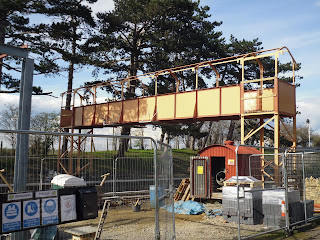 The span will eventually be roofed with corrugated iron panels and when finished off with the dagger boards will be a really fine sight and addition to the Broadway station experience. Those who have been lucky enough to go up on the span say the view looking south is superb. What a sight that will be when the first steam trains arrive in (hopefully) two years time.

Other jobs being carried out today included more materials being moved into place by Jo and Peter for use by the station building team. Chris and Dave were placing  more safety fencing along to
the edge of platform 1 and in front of of equipment containers.

Julie as usual did a brilliant job raising funds for us in the sales cabin and reported a good trade spurred on by the excellent spring sunshine.