A Day For Shot Blasting and Catching Up Jobs

The weather was not kind to us today but this did not deter the 25 volunteers on site from putting some very useful time on various activities across the site.


Having got the towers into place last week the next job on the footbridge is for the main span to be preliminary shot blasted at its base in order for some remedial welding and strengthening to be done to the corroded parts. These only came to light when the timbers were removed. 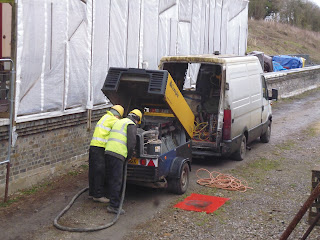 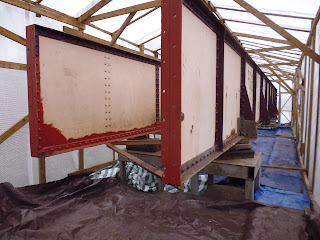 The span in its protective cocoon before shot blasting began. The cocoon has been in place for quite a while and provides an essential  cover while this work is being done 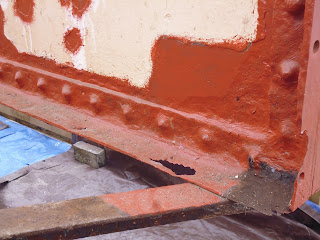 This is a close up view of the corrosion that has to be rectified once the area has been cleaned. There are several such areas that need attention. 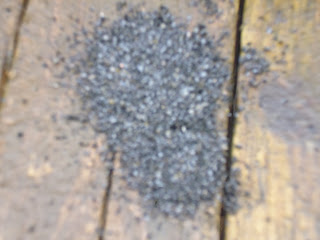 For those  interestsed in the shot blasting process the material used is a course grit which is a byproduct from power stations. This abrasive grit removes the most stubborn layers of paint. The engineers said that the paint used on the span was particularly difficult to remove, as the many coats of paint applied over the years had set extremely hard. 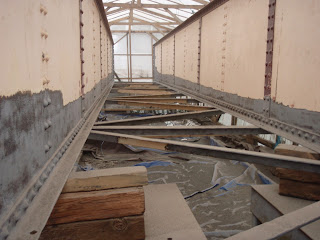 The inside of the span after the preliminary shot blasting has been completed. This will now allow the remedial welding work to take place


The signal box continues to take shape. Over the past two weeks electricity has been installed and the levers are in place. 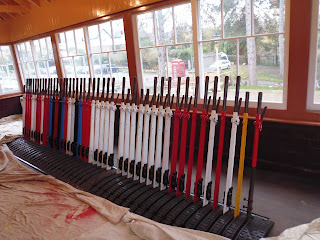 What a fine sight| The levers in the signal box have now been installed. Not all of them will be used at Broadway initially. 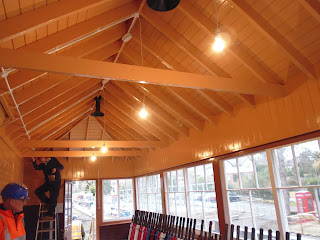 
Electric lighting and power installed in anticipation of more work being done in the operating room and the locking room in due course. 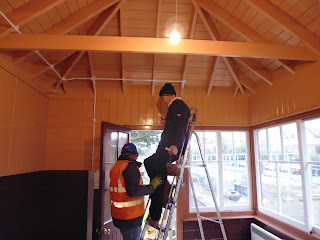 Graham, our master painter, is seen here applying a primer to the metal ducting for the electrical cable which has been used throughout the signal box. It will subsequently been painted to match the colour on the roof timbers, 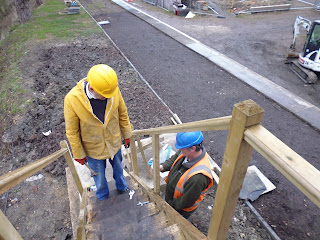 On the steps leading up to the signal box Peter Q, Master Carpenter and the assistant Dave H make some adjustments to the handrails installed last week. 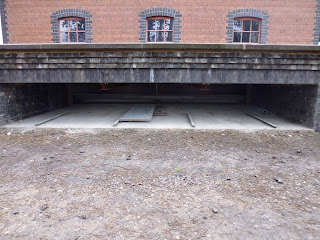 In anticipation of a photo shoot in connection with the forthcoming share issue the area round the signal box was tidied up by Jim H, Mike S and Peter H. The area under the rodding tunnel which  had been used for dry stowage was cleared and swept out. 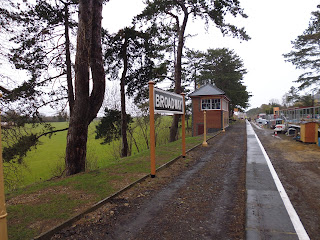 Platform 2 looking north, clear of various pieces of building materials and concrete ducting troughs. These were moved and stored near the signal gantry. 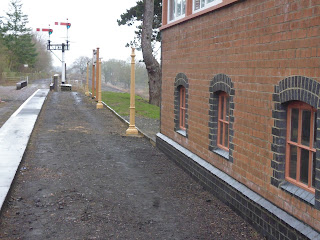 The area outside the signal box looking south, all very neat and tidy and ready for for the photo shoot. Just the sign to be added. 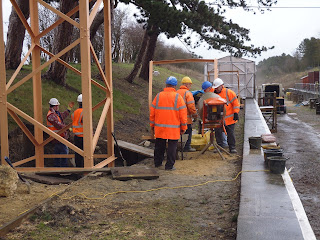 Further up platform 2 a team lead by John C infill with concrete the area round the base of the tower. The team of Tony, Peter, Steve, Paul, Clive get the mixer on the go. 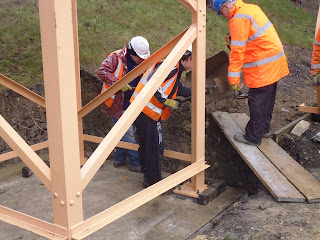 The concrete being added to the north side of the foundation infill.  It was a very confined area in which to work
. 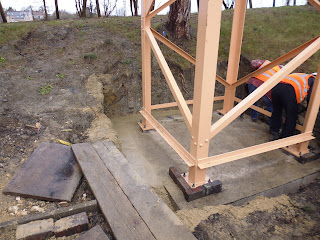 The area infilled, apart from at the front edge. This will be completed next week 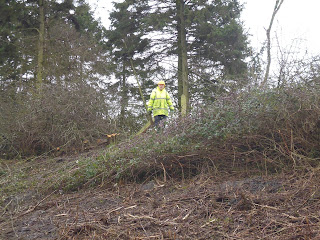 As  mentioned in last week's post there would be an update this week on the progress of the clearance on the cutting. This has been a mammoth task and the end is now in sight.
Vic is seen here in the "thick of it" clearing the branches and scrub, a product from Brian's chainsaw. Pulling the branches down the cutting side ready for burning is no easy task. 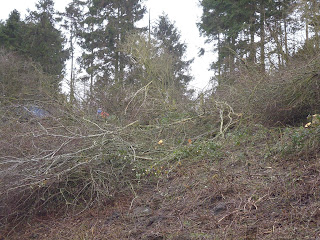 This gives a good idea of the task and challenges involved in the clearance. 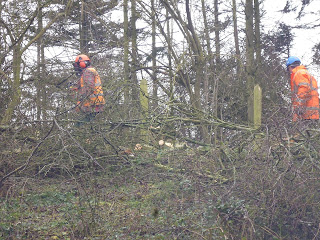 Brian with his chain saw and assisted by Mike tackle more on the trees and saplings that have grown up on the cutting over the past 50 years or so. 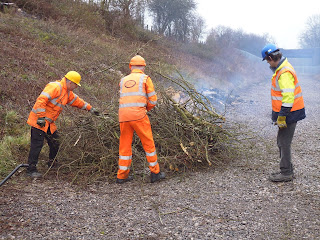 And this is where it all ends up, on a good bonfire.

Gordon, Steve and David get the fire going.and much of it was burned by the end of the day.


In the car park area work continued on the clearance. This week work was concentrated on the area around the half way mark that had been left until now to be dealt with. 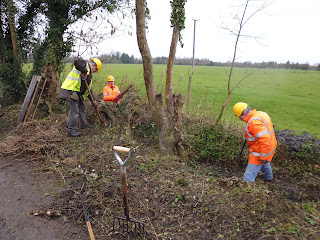 Rod, Terry and Roger tackle the drainage ditch and ivy covered trees along the stream and bank. 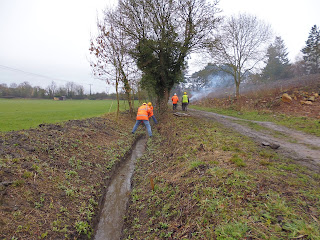 Rod and Terry clearing the last bit of the ditch at the half way mark. The water is now flowing well . Just an area towards the Childswickham road bridge to clear now. 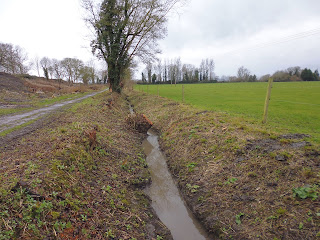 The cleared ditch looking south and towards the Childswickam road,

Last but by no means least. Julie bravely looked after the Bric-a-Brac stall all day and she reported having several customers from the caravan site. As always, many thanks Julie for your cheerfulness, despite the very cold weather. 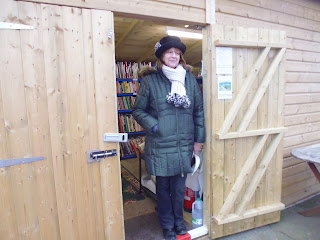 
Although he weather was not kind to us today many small but none the less useful jobs were tackled . Lets hope we have a fine day next week!