A Tribute to a Great Friend of Broadway Station

There were 21 Volunteers on site today. The weather started off being very wet but by mid morning it improved a great deal enabling much work to be completed.

It was a pleasant surprise to have a visit from Bill Britton, our former chairman, who brought with him a very beautiful brass plaque in commemoration of Doreen Walters who died so suddenly last year. Doreen manned the bric-a-brac stall for us with Julie and their efforts have raised hundreds of pounds for the station project. 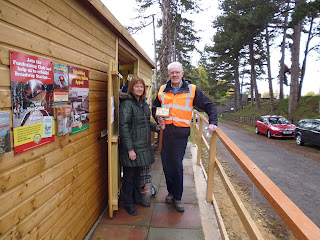 Bill and Julie with the plaque. It is beautifully engraved and placed on polished wood with a spike to go in the ground. At Julie's suggestion it was placed in the flower border opposite to the new station building. 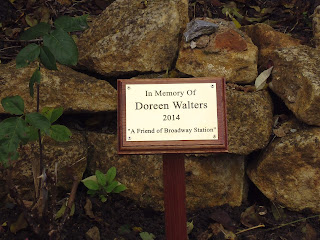 A close-up of the plaque after it had been placed in the flower border next to a rose that had previously been planted in her memory. A very fitting tribute to a lovely lady.

The steps from the footbridge were cut up last week, having been deemed too corroded to be reused. The last pieces of metal were loaded into the dumper and placed in the skip ready to be sent our scrap metal dealer. 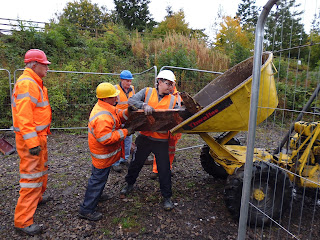 The pieces were, not unexpectedly, very heavy and required quite a bit of brute force to load them into the dumper 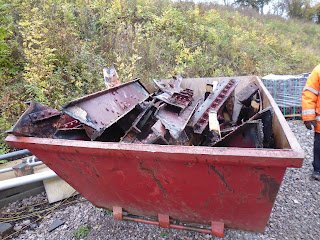 After several trips all the iron was in the skip ready to be taken away. Hopefully we will get a contribution for it to go to Railway funds.

Just south of the skip Peter Q and Mike S were busy making the framework for the wood store. This will provide much needed shelter this winter for the considerable amount of timber we have accumulated over the years and which will always come in handy for future projects. 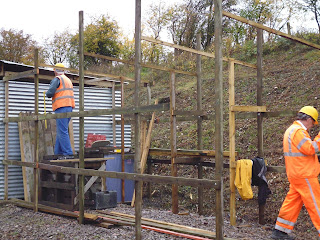 Later in the day the first sheet of perspex was in place, with more to be added next week. 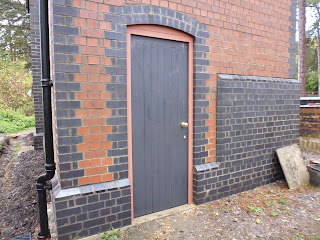 Peter Q is a man of many talents in the woodwork department and shown here is the locking room door installed together with the brass door furniture. A brilliant job and another excellent addition to the signal box project. 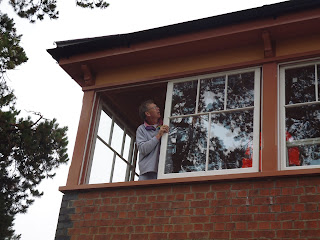 Up in the signal box Graham and Mike took time out from painting to remove the sliding windows and lubricate the runners. After applying some lubricant it made all the difference to their movement.. 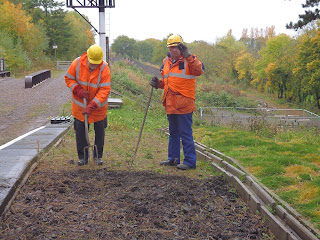 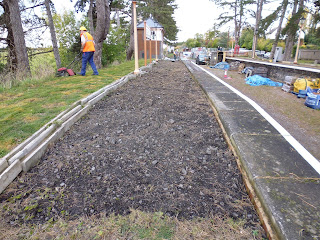 Their efforts are shown here - what a difference it makes. In the background Pat can be seen mowing the grass along the embankment. Also seen are the concrete troughs which will eventually carry the communication cables southwards. 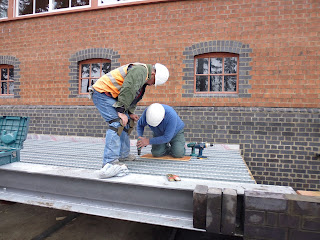 John C and Bob W continued fixing in place the metal reinforcing plates.A piece had to be cut with an angle grinder to fit the small gap remaining by the signal box wall and tape added to seal it to the insulating material placed against the brickwork. Reinforcing rods were then laid in the grooves supported by plastic cones. On top of these was placed wire mesh and then yet more rods. 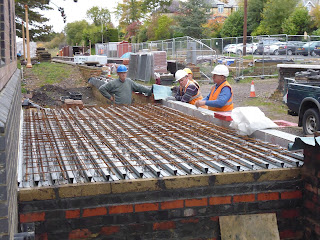 John C, Bob.W Tony and John S examine the tunnel roof with the reinforcing material in place. Special concrete will be added and vibrated , giving a very strong structure. The concrete pour will take place in about 2 weeks times when the shuttering at each end has firstly been added. 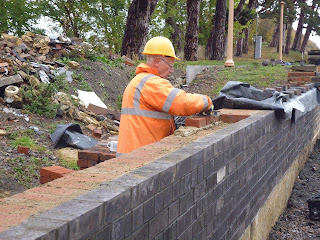 Tony is seen here finishing the final course of the back-fill on the northern half of the signal box gap. The first row of corbelling was then set out on both sides ready to make a start with it next week. 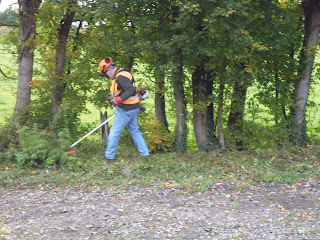 Down in the car park the formidable team of Terry and Rod was joined after lunch by Graham and Mike on a sabbatical from painting duties in the signal box. 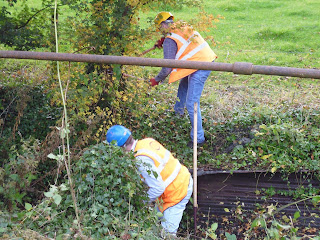 Terry and Graham tackle the undergrowth in the drainage ditch. It is amazing how much it has grown in the year or so since it was last cleared. It will be an ongoing task when the car park is in operation in 2-3 years time. 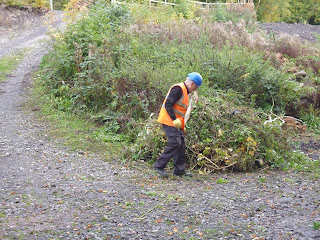 Mike collected the cut undergrowth ready for burning when it has dried out sufficiently. 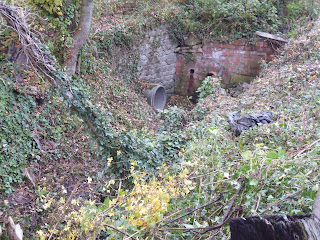 The photograph shown here unfortunately doesn't do justice to the full extent of the excellent amount clearance achieved.by the end of  the afternoon. What can be seen is the very steep sides of the ditch which makes working conditions extremely difficult and challenging. 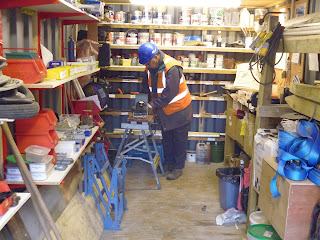 Brian, our excellent quartermaster, is repairing a puncture in a very small wheel from the mobile generator. Getting the inner tube out needed very careful handling, in true naval fashion.

Vic and Gordon continued with the clearance of the eastern side of the northern cutting. Due to the very early wet weather is was not possible to burn much of the scrub and bush that had been previously cut down. Keeping the cutting in good shape will be another long term occupation for the Broadway team.

Although it was a very wet day to start with very good progress was made on several projects.