Autumn Round the Corner


The colour of the trees is changing as we approach Autumn, but in certain shops it would appear Christmas isn't far away either. We are also advertising our Santa Trains which are very popular and need to be booked online. Sadly, Broadway will not be involved in these festivities as trains do not use our Station. 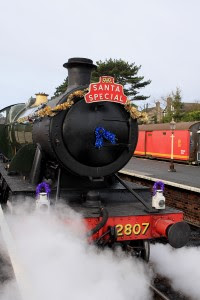 Vic was requested to move his flower bed to another part of Platform 1. The reason being that our keen photographers were going into non public areas to take snapshots of their beloved loco. The flower bed will now contain shrubs which give a different display and hopefully act as a deterrent to trespassers. Thanks Brian for a photo of me!! 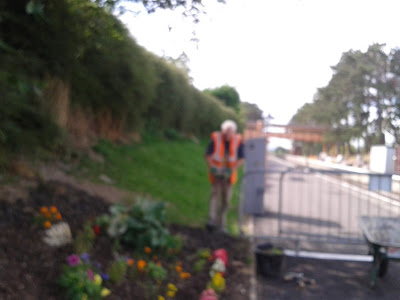 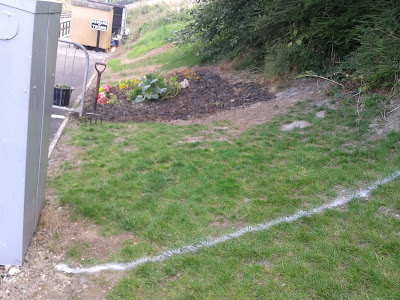 That's me at the end of the fork with still some way to go to the white line. My back, my back!!

Mike S was pushing the brush over several different places around the station. Is it higher or lower he should go to finish the colouring of this post? 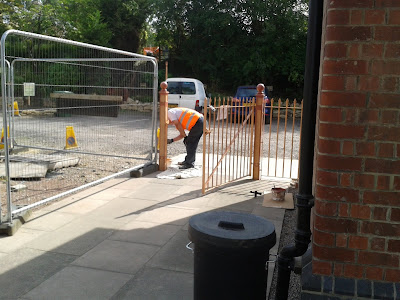 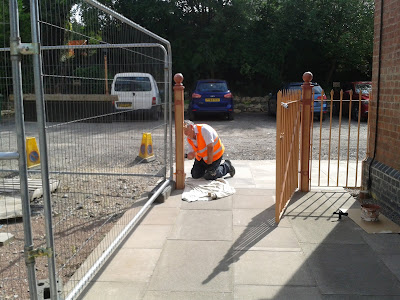 It would appear lower won!

As we adhere to our commitment of keeping the station image as it originally was, we are now erecting the modesty panels outside the kitchen area. Peter Q and his team of David and Ron 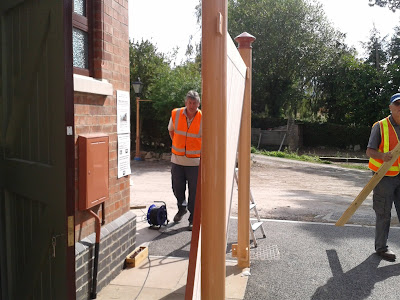 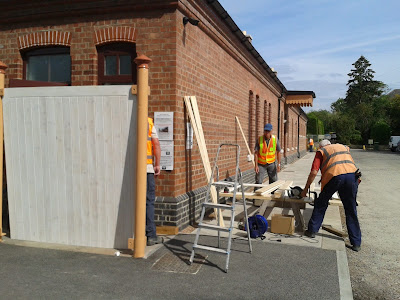 
The contractors arrived today setting out their equipment and traffic control. 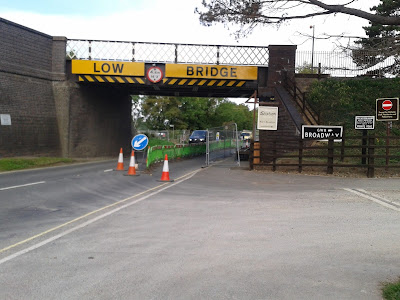 
One of our containers is being cleaned out and converted into a workshop. Brian was adding more paint to the wood panels which will eventually be made into more bench seating for the platforms. 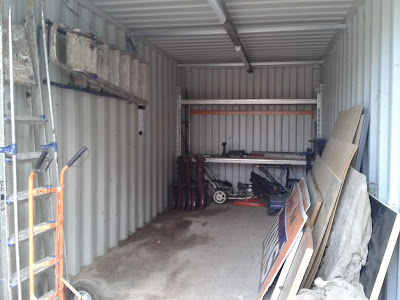 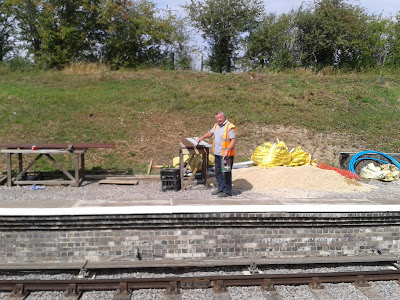 The station Bric-a Brac Shop has been selling railway pictures and paintings and is in urgent need of more.
If you have any memorabilia that is surplus to requirements, we would love to hear from you although generally we do not take magazines except back issues of The Cornishman. 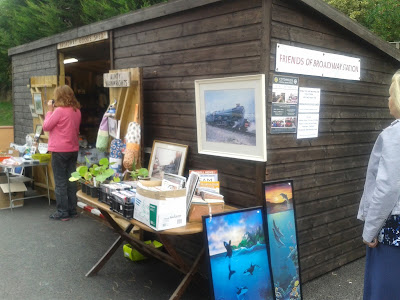 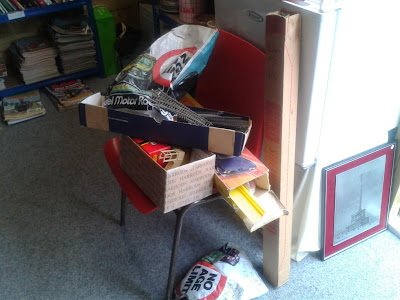 Anyone interested in OO gauge, we have a number of OO model railway items in stock. If anyone is interested, call in next weekend and visit our "Goods Shed".

Mid week running has reverted back to one steam and diesel railcar. The steam train arriving from Cheltenham had a pre-booked party of 40 wishing to go to Broadway village. This was too many for our normal taxi service so the double decker bus was requested to call in at the station. 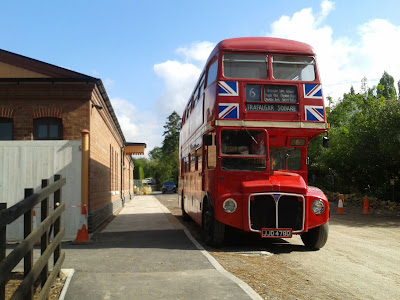 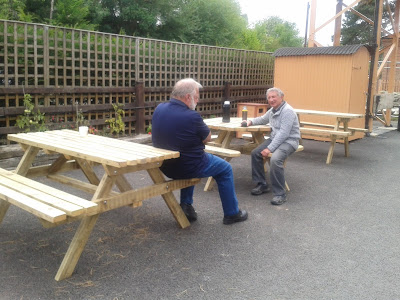 Graham taking a rest after going backwards and forwards between the station and the village. Many other passengers took advantage of a ride on the historic London Bus.

There were several on going maintenance jobs around the station. Board assembling and painting, plus sorting out our drainage. 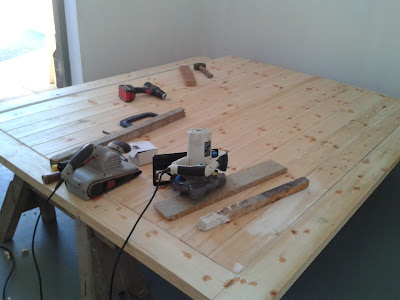 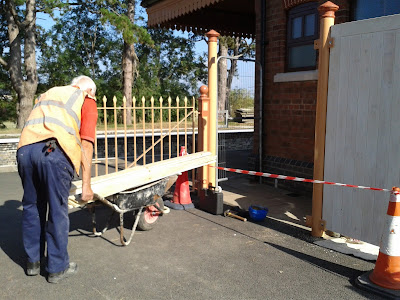 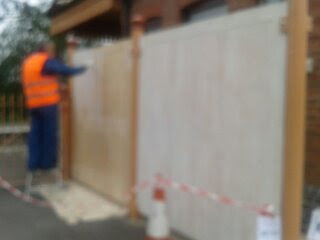 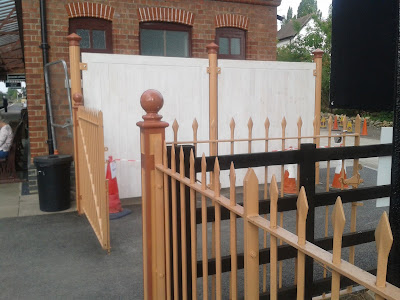 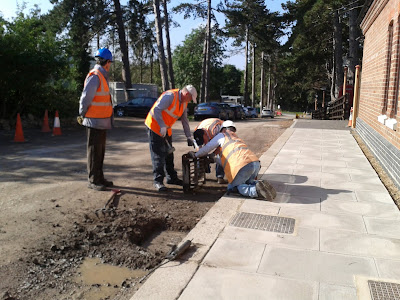 A start was made on laying slabs as a foundation for placing a bench seat. 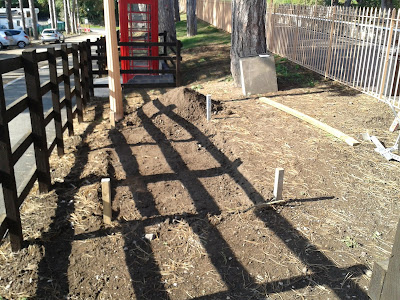 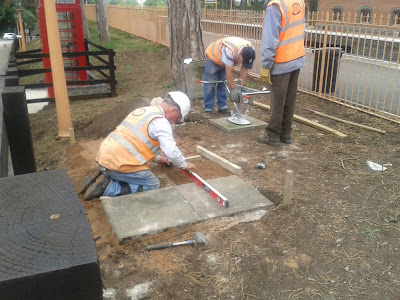 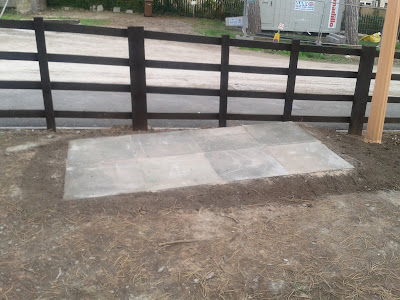 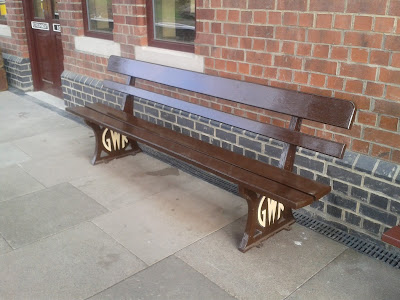 Pat was out with the strimmer cutting the overgrowth back beyond the signal post. 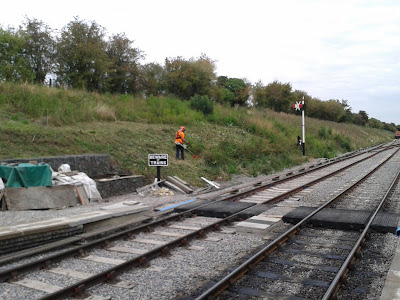 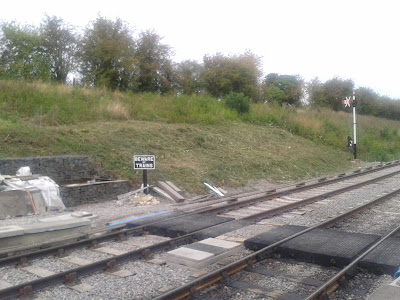 The metal work for the bridge protection has been worked on today and two sections are now attached to the bridge walls. 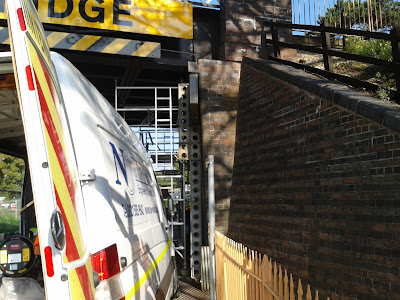 The floor covering has been laid in our Café so it is looking very pristine. 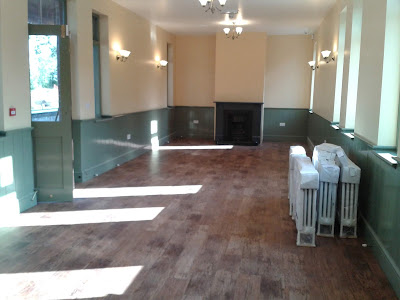 Full advantage has been taken to use the service offered on the first steam train into Broadway Station, to purchase Bacon Butties. Here is Chris having two, one for himself and one for his son. 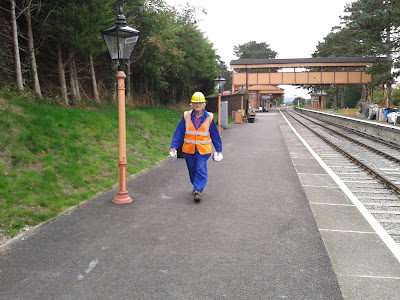 With all this good weather, excellent progress is being made on the car park. This photo shows the footpath along side the parking area. 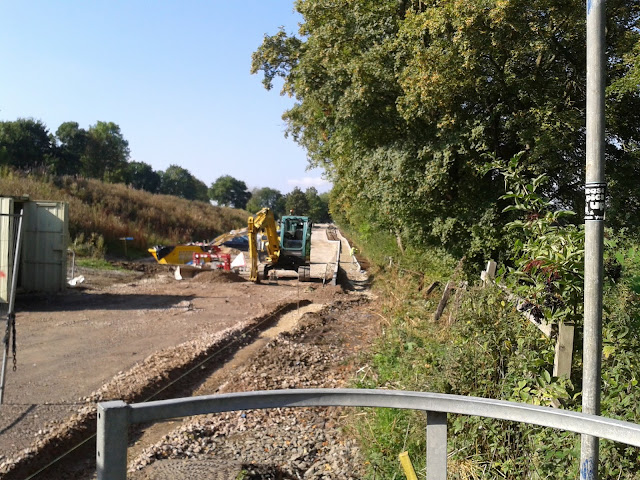 Vic
Posted by David Holdsworth at 18:31