It was another hot sunny day, only first thing was there a slight chill which soon disappeared along with the mist. There were twelve volunteers in today working in different areas, something new, something old.

On his own today, Dave H continued with the box making and painting. (Something new). 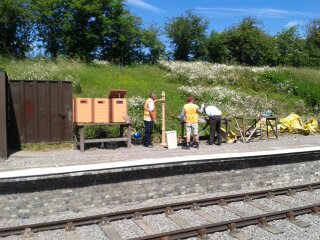 Alongside Dave is Jo, removing letters from old signs for re-use else where. (Something old). 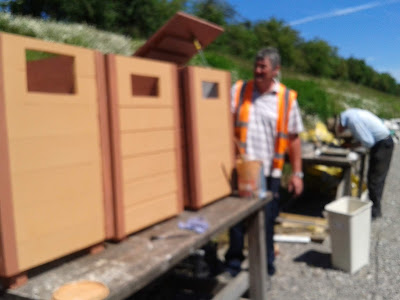 In the café two volunteers were hard at it. John C adding trim to the tops of the wall boards  (Something new) . . . 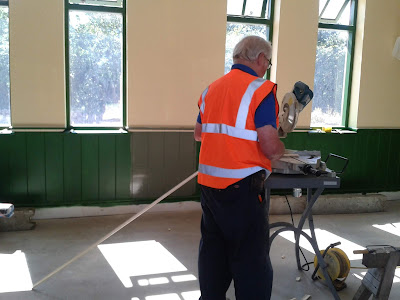 and Mike S painting the ceiling. (Something old). They were joined later by Neal C. 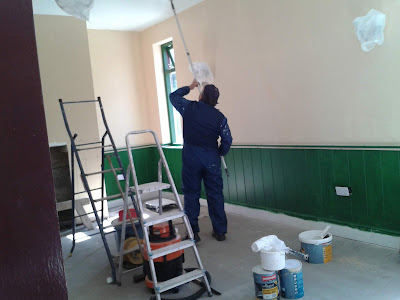 
Clive was busy by the Station Road Bridge adding fresh coats to the wooden fence. (Something old). 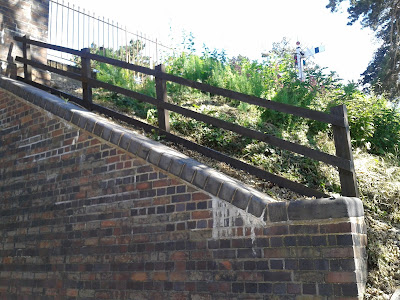 A group got involved with the installation of Spear Fencing on the village side of the driveway. The group consisting of Rod, Terry, Dave B, Tony and Paul, joined later by Peter K, who brought the last small panel, for inserting in the gap. (Something new). 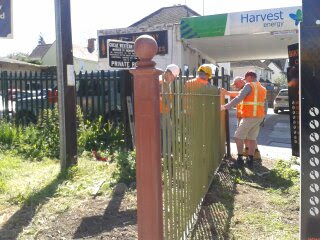 Vic busied himself with further preparation of the Picnic Area, removing large amounts of stones and then levelling the ground. (Something new)