A day with a difference. Lots of passengers for the special train so all work was stopped whilst the people were milling about platform 1. 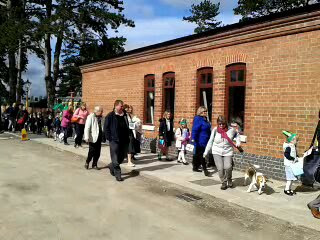 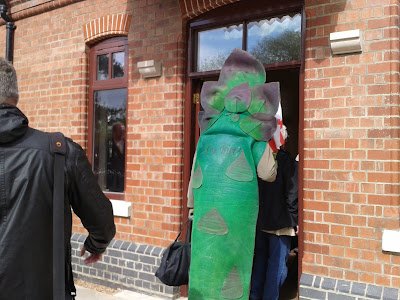 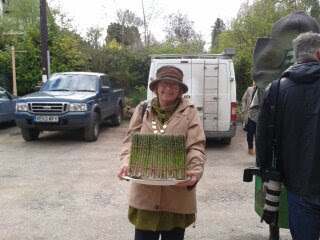 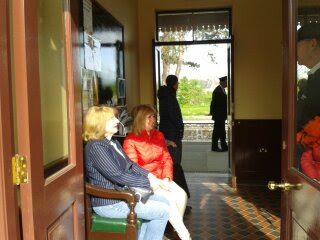 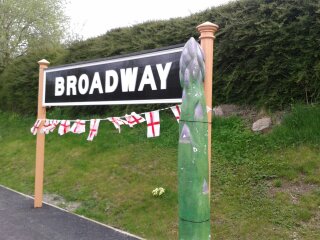 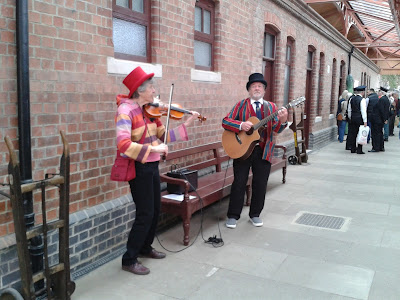 Music whilst one waits for the train to arrive. 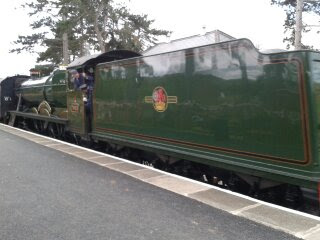 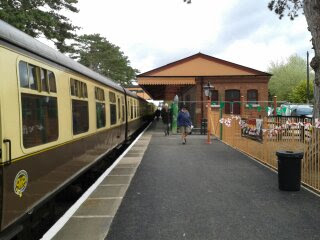 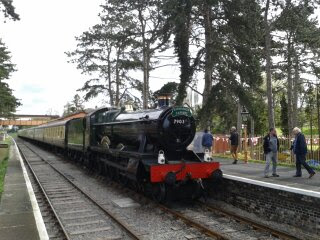 Foremark Hall was on duty with todays train, with everyone on board she is waiting to depart. BBC TV were here so it appeared on Midland News with a report by Ben Sidwell.

Long before the special event started the BAG Team were hard at work. Friday saw a gate being installed where last weeks report showed the hole being filled with concrete. Terry and Rod have decided to go on holiday so nothing further done today.

For many of  the volunteers, it was a day for walking the plank. 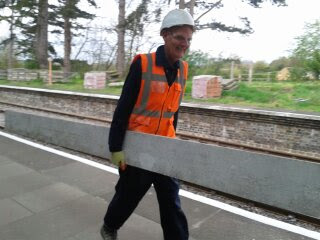 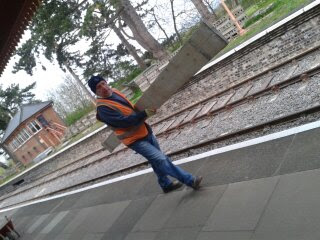 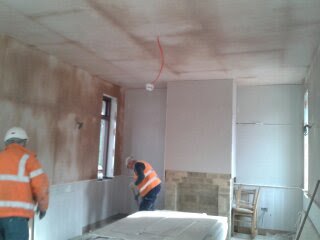 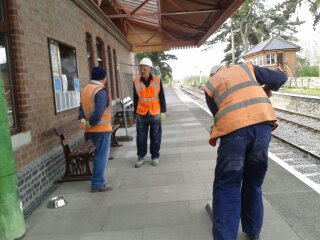 The plasters having finished part of The Tearoom had moved into the kitchen area. So a good tidy up commenced giving every where a very clean sweep. 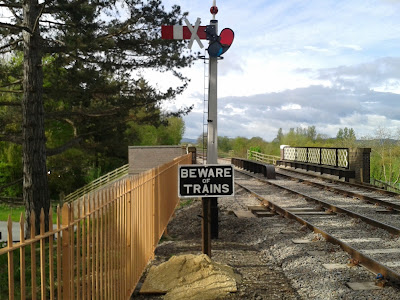 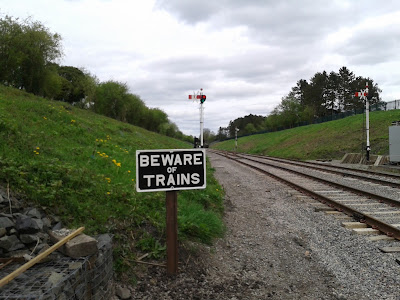 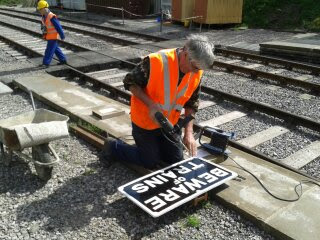 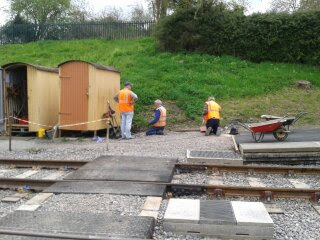 A team was formed up of Neal C, John S and Jo set to digging holes and assembling the Beware of Trains signs at the end of the platforms. 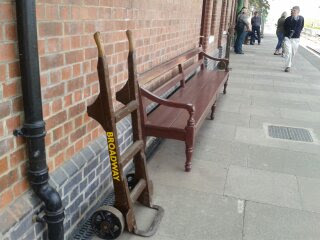 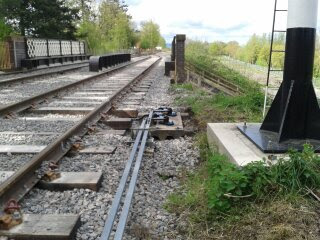 We now have a couple of luggage barrows on show and Signal & Telegraph are moving along with their installation of rodding.

Vic had been busy removing unwanted growth from the flower beds and ready for the Wartime in the Cotswolds started a Dig for Victory bed. 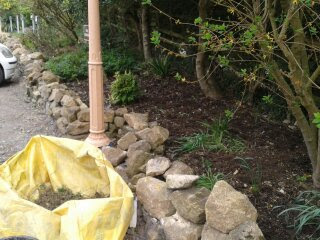 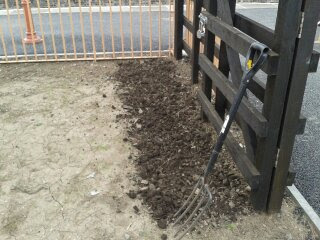 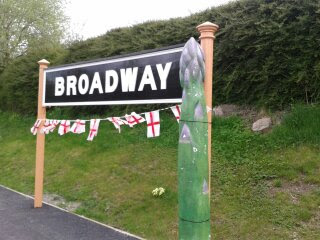 There were lots of flags waving on the Station and also on the Asparagus Express.