Following on from Vic's blog, I just want to add a few more pictures of the day.
BAG were able to book seats for the first train of the day and throughout we enjoyed glorious weather which helped show off the new station & 35006 "P&O Line" to good effect.

We are on our way. Rod chatting with Maria, widow of our very good friend Peter 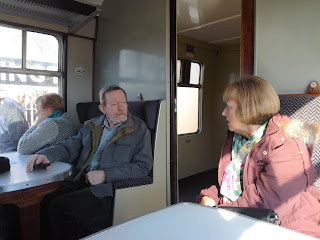 Maria managed to push through the crowds of volunteers & share holders to get this shot of 35006 at the North end , in the process of running round our train. 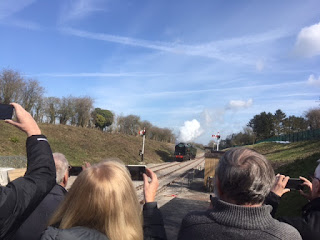 After running round, 35006 is backing on to our train for the return journey. 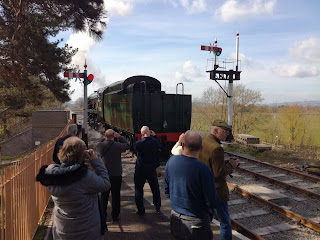 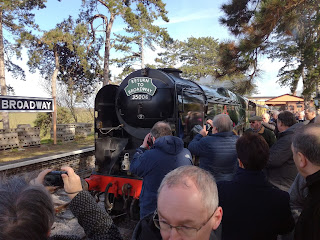 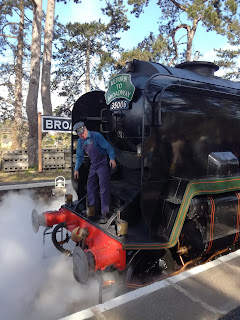 A good burst of steam from the cylinder drain cocks produces this effect reminiscent of a Hammer Horrors B Movie, with Peter Q loitering in the "mist". 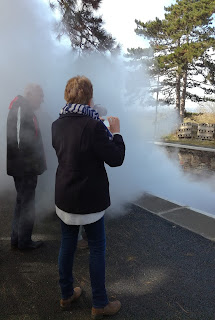 From now on, you know who you are in these pics. 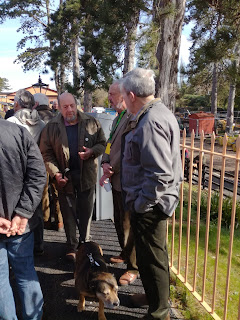 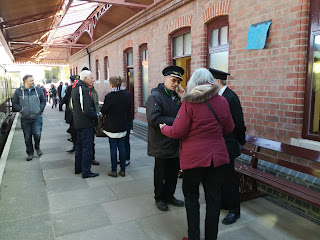 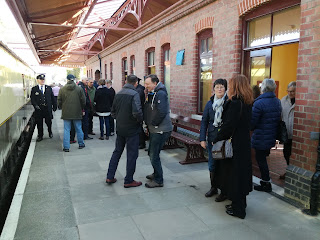 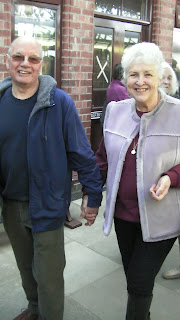 Admiring the crowd barriers in the booking hall. 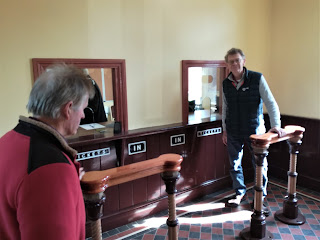 Our boss & his boss! 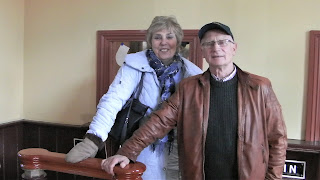 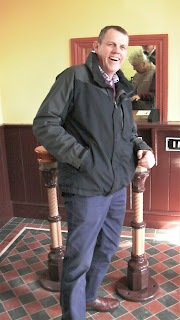 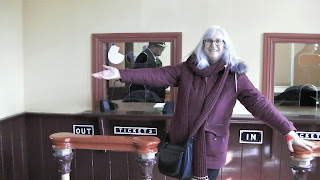 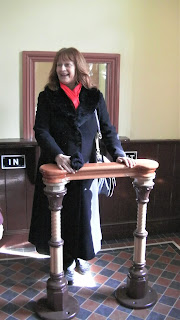 Graham, has Mike missed a bit? 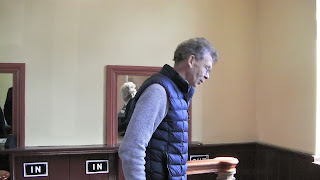 Our friends from the adjacent B&B look on as Clive shows off. Clive is on crowd control, but I think they needed to control him ! 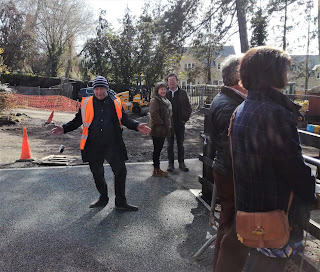 Through the quiet moments of the day Stevie W laid, levelled & rolled scalpings on the driveway. This has much improved the appearance & provided an improved surface for our neighbours, until such time as we have the funding for tarmac . 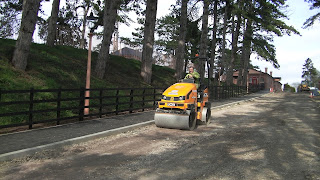 Paul Carter
Posted by BAGBLOG at 21:18