Thanks to Dave H a couple of photos taken Monday. The wood working team Peter Q, Brian T and Dave H. Preparing the platform ready for rolling are Rod and Keith S. 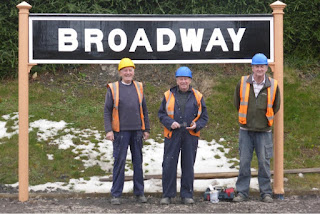 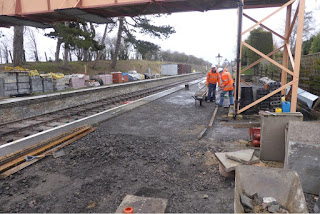 There were nine BAG volunteers today working mainly on the southern end of Platform 1 bringing the surface up to the right level prior to the application of tarmac. The fitting out of the toilets was nearing completion and by the end of the day all entrance doors had sills. 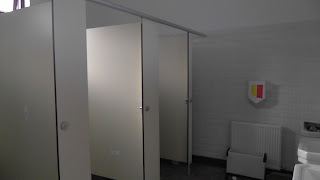 Unfortunately, my camera broke down again so no further photos.

We had 26 in today. Nearly standing room only in the mess room! Fortunately, the weather was not too bad so some sat outside. Photos supplied by Dave H.

The B&S team were again laying the stone kerbs and moving towards completion of this task. They had two barrows in use. 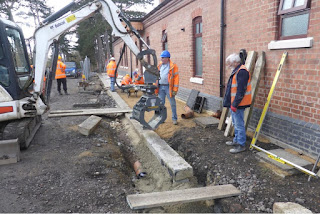 Not far behind was the slab laying team; the surface having been prepared. They also had two barrows in use. 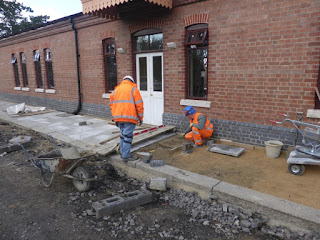 With the completion of the southern end of the platform before lunch, things resumed on the shaping up at the northern end. 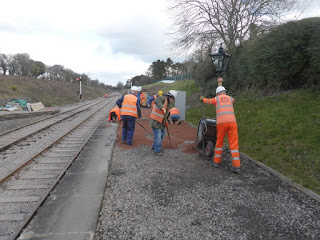 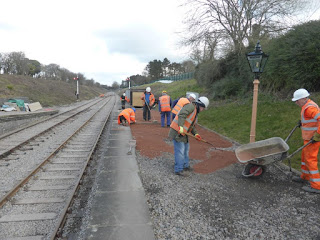 In these two photos, you can see the surface dressing being laid. They had ten barrows in use!

Tuesday saw a large delivery of surface dressing, but by late afternoon on Wednesday it was nearly all gone! Vic was on the shovel with a little help from his friends. Martin one of the barrow movers. 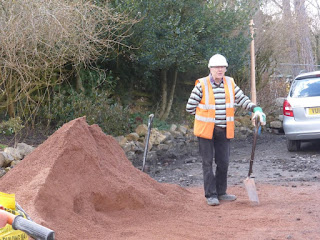 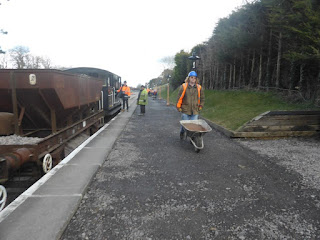 The Ballast Train was at the station again today delivering a small quantity of ballast where it was needed. Looking from the Ticket Office, "Is that my train to Cheltenham?" 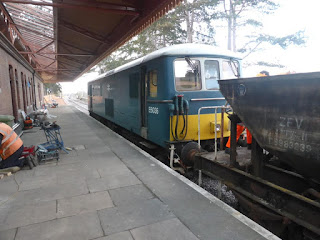 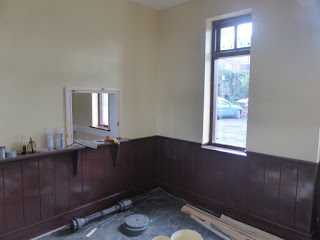 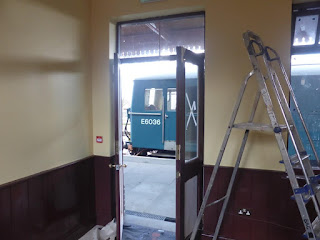 Below Neal C is working on one of the doors, whilst Peter Q is fixing the down pipe. 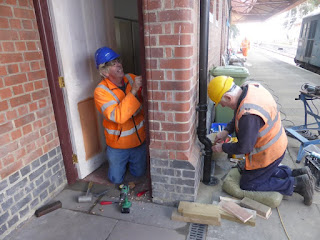 The three painters, Graham and the two Mikes, were completing the painting in the Booking Hall and Ticket Office. Here in the next photo is Mike S fitting glass and bulbs to the lamp posts. 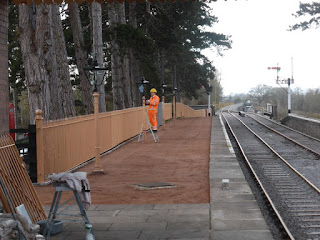 Posted by David Holdsworth at 18:11