A tamping we will go!

A very nice day, with six BAG Members on site.

Bob W having finished the brick laying on the surrounding wall, allowed Vic to finish the work on the wooden fencing. First was the application of creosote for protection to the posts and rails. Later Vic was able to reinstate them in their correct position leaving one side open for now, where a manhole is being fitted. 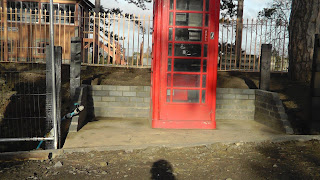 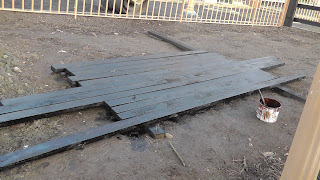 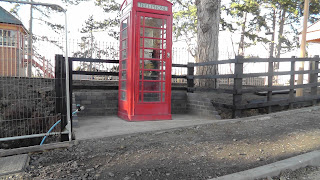 With the digger and dumper busy supplying the ballast, four volunteers with shovels spread it around, then John S and Keith checked the level. 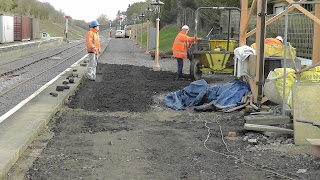 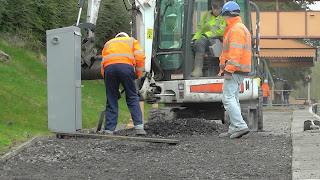 Today saw the tamper arrive on the outskirts of the station. Leaving the ballast regulator in platform 2, the tamper went off down the running line setting the track to rights. 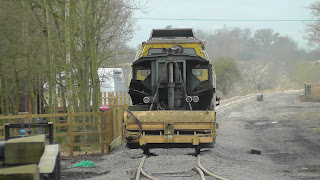 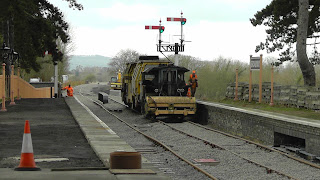 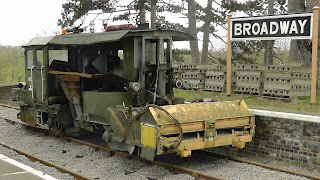 
Another good day for the BAG team with lots of volunteers on site. 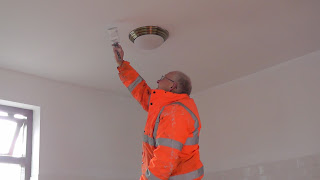 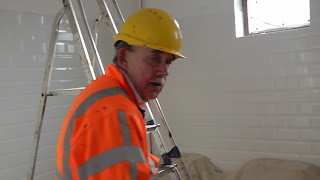 Three of our painters were in today: Graham supervising, Mike T careful with the paint and Mike S "Have I got to climb up there?" 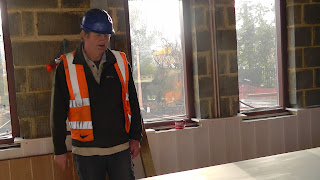 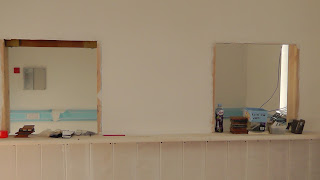 Building and Services Team were laying more paving stones today. Later that afternoon, some of the BAG Team, Terry A, John S and Bob W joined them to do some levelling of the ground. 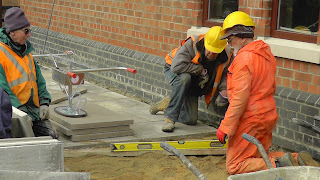 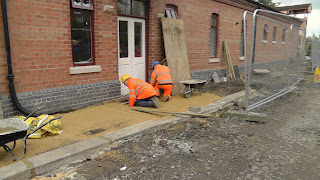 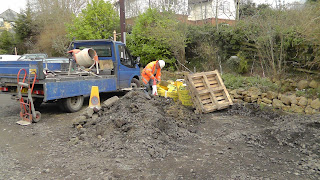 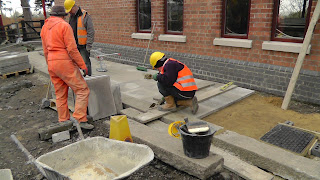 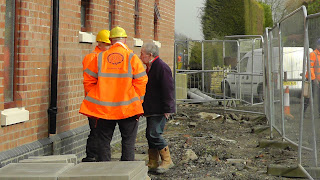 
Terry and Bob brushing kiln dried sand into the joints between the paving slabs and the drainage channel. 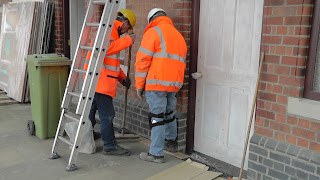 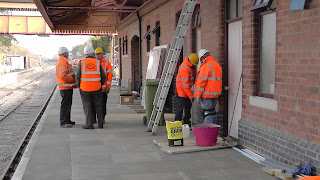 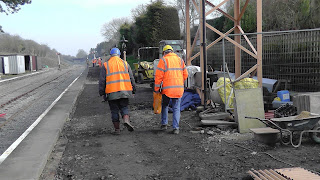 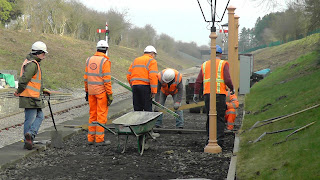 The tamper and Permanent Way crew were with us again today, going up and down the running line. 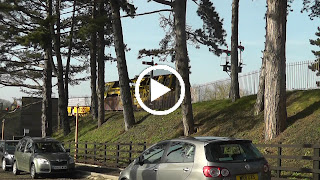 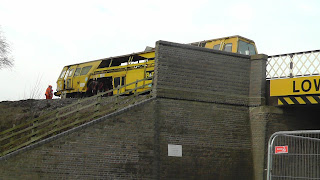 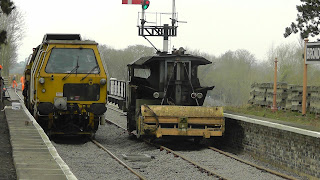 Vic and Chris H cleared away a lot of concrete rubble from the area next to the palisade fence.
Vic also tended the gardens at the bottom end adding a bit of top soil ready for planting bedding flowers. 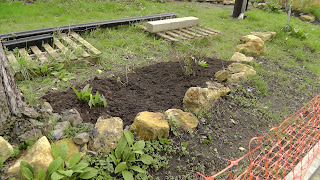 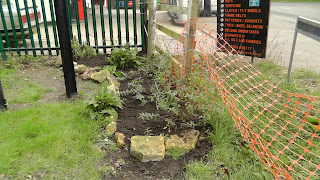 Seemed to be camera shy; only got his picture today. 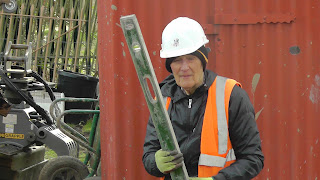 Vic  (Sorry for late posting, have been on Grandpa duties)