A much more pleasant day greeted 22 volunteers today. Once we got into our chores it felt decidedly  warm until lunch at 1pm,

Before I cover Wednesday in pictures, here are a few from Monday 8th Jan. Mondays are now regarded as normal working days at Broadway, along with traditional Wednesdays & Saturdays.

The first of the two gate posts is lowered onto it's pad, which was prepared on Saturday. There will be double entrance gates at the rear of platform 1, south side of the station. 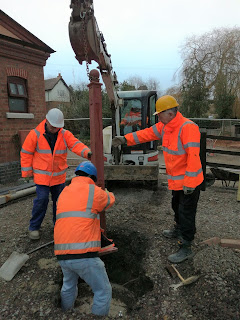 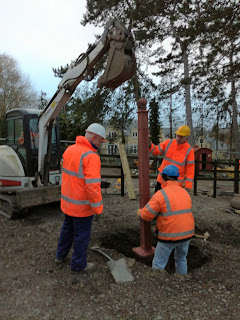 More 3'x2' backing slabs were installed, and you can see Rod, Tony & Brian preparing the trench in which the slabs will sit, supported by concrete haunched front & back.. 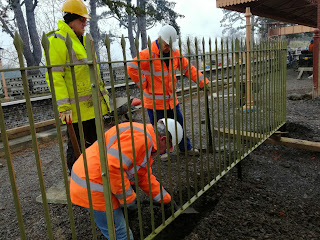 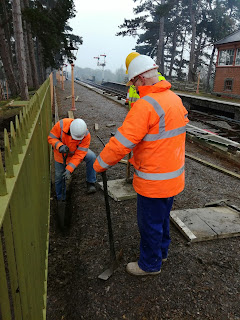 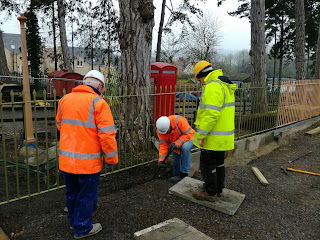 Our contractors were with us all day laying floor tiles in the gents toilet. 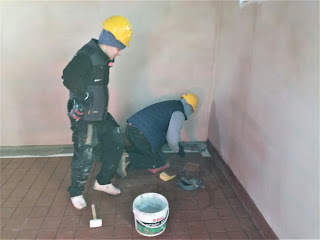 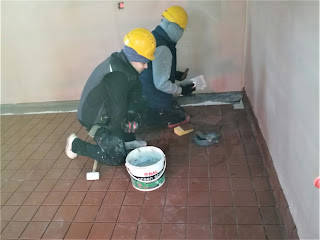 Mike S & Mike T were busy in the warmer morning air, priming panels which will go under the dado rails in the café . 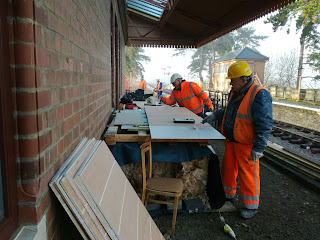 David H, Peter Q (he of Wooden Spoon Fame) & Brian T are busy in the café preparing & fixing batons for the panelling under the dado rails. 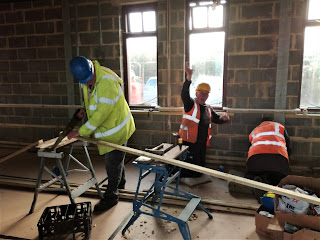 Bob W started the brickwork which will provide a three sided wall around the telephone box. So happy in the sunshine able to work on his own, without too much hindrance from yours truly. 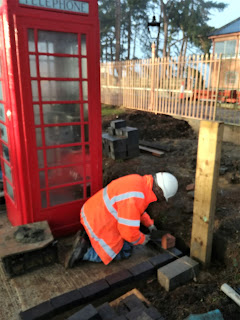 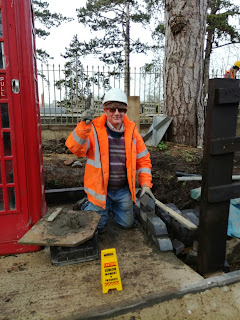 Much activity from a team gathered by Terry & Rod. The first picture shows Terry with the auger preparing a hole for the legs of the penultimate panel of spear fencing. The final panel, a short length, is will have to be fabricated. 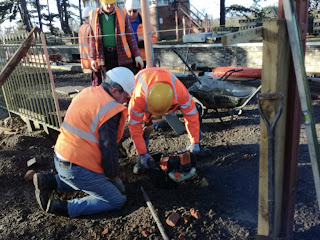 With the panel bolted in situ, a trench is prepared for more support slabs. 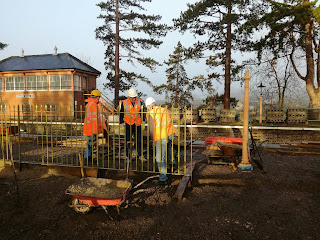 Support slabs are being set in concrete which will also secure the legs of the spear fencing. 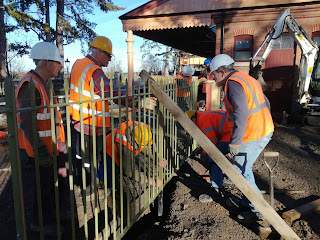 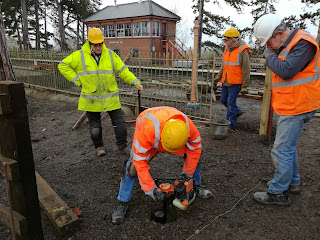 Later we see Brian at the front, Rod & Keith at rear, haunching the support slabs with more concrete. 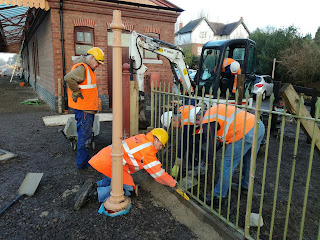 John C dug out the necessary hole for the second gate post. We see John C, John S & Keith S checking the depth of the concrete base so we end up with level gate posts. Copious amounts of strong mix concrete had been carefully emptied into the hole & levelled until the correct depth was achieved. Four anchoring bolts, attached to a spacer plate were then sunk into the fresh concrete, at the prescribed distance from the centre of the installed first post. 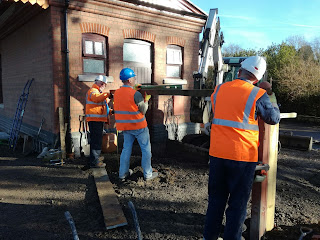 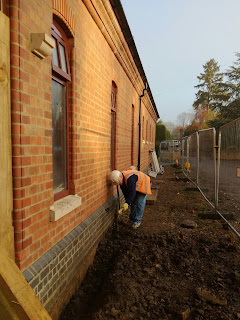 John C went searching with the Bobcat for original granite edging slabs, and he was rewarded by so far finding 6 intact slabs. The pictures show JC recovering two of the slabs. 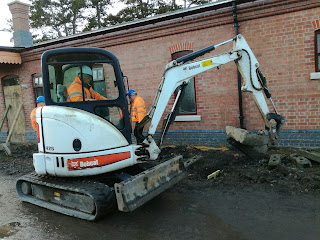 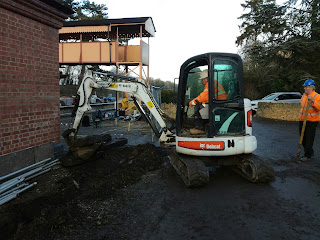 That's it folks until Vic's Saturday Blog.
Paul C
Posted by BAGBLOG at 15:43