A few pictures first of the results from Monday's work: 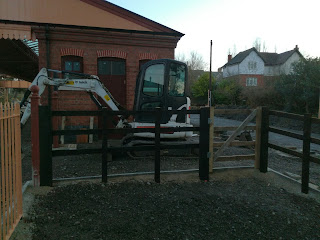 The post for Gent's modesty screen & second gate post for the double gates behind platform 1 are now concreted into position, adjacent to each-other . 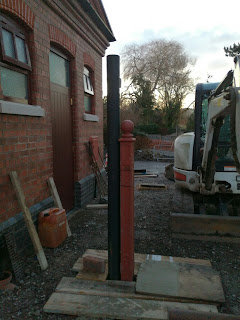 JCB Steve had dug out three pits for the concrete bases for bridge staircase and canopy supports. The prepared shuttering for the landing support can be seen in place. 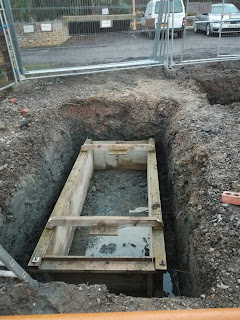 Neal is seen preparing more shuttering. This time for the bases of the eventual canopy extension on the northern side of the station. 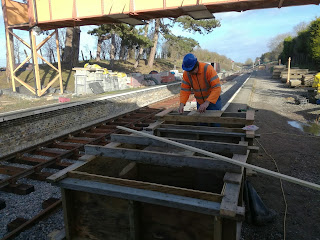 During the day he was also busy, with help from Peter Q & Dave H, fitting panelling in the booking hall. 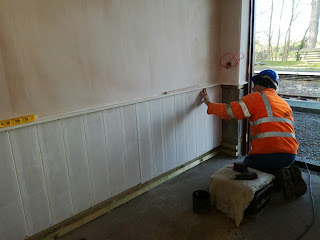 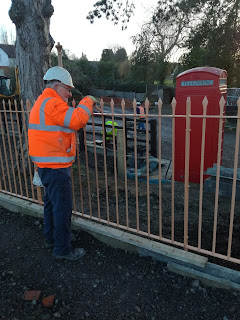 Vic finished off fixing a few fence rails & then went round with the wood preserver. 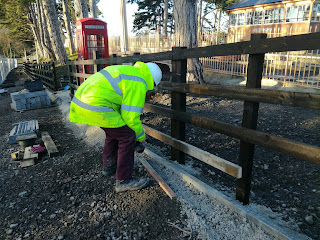 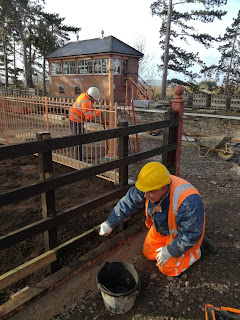 Peter K brought along the final section of spear fencing he had recently fabricated & you can see him in the early stages of installing it  in the gap. 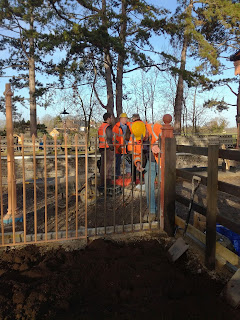 Contractor Stevie W assisted by moving some of the excavated waste soil onto the fenced area between platform 1 & driveway. He helped level where he could with the backacter. 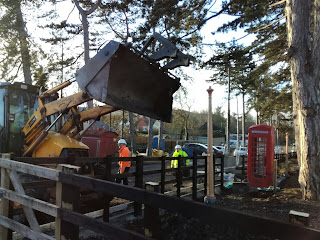 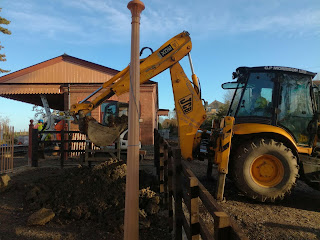 Davis & Sons then arrived with 10 tons of top soil, much of this was raked level over the same area by Gordon, Clive, Keith S & friends. 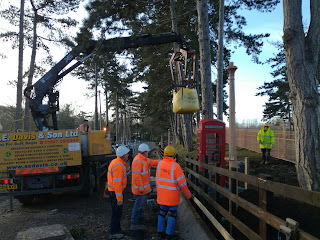 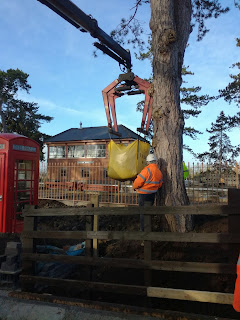 A few bags, surplus to immediate requirements, were stored next to our supply concrete aggregate. 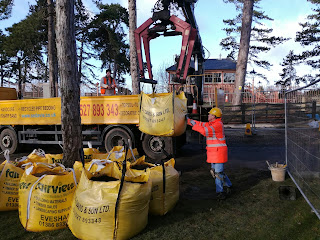 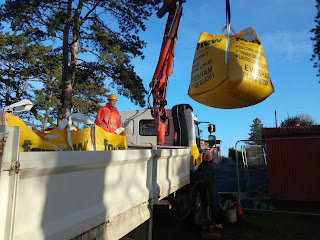 Elliott's lorry made two trips to remove a pile of unwanted excavated soil. 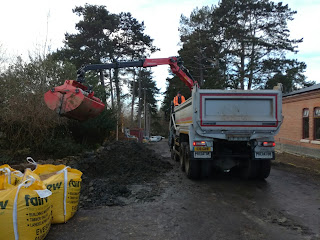 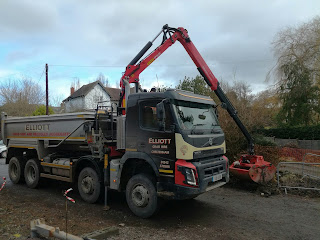 Fairview arrived with a supply of concrete aggregate. 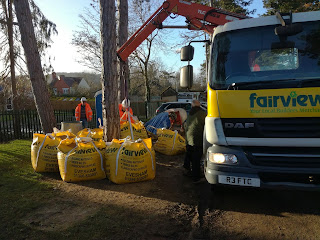 Fairview also supplied Richard & lorry to transport heavy granite curb stones from storage at Winchcombe & Toddington. We can see members of Building Services Dept. assisting with the offloading & Richard at the controls. 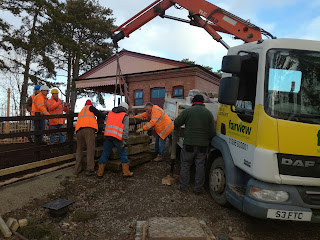 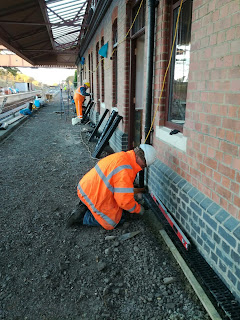 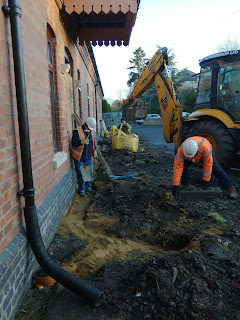 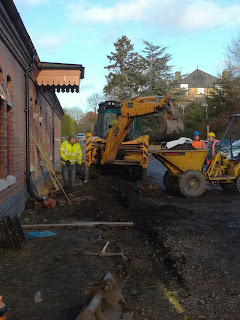 An interesting original drain cover was unearthed by JCB Steve whilst cutting the trench. 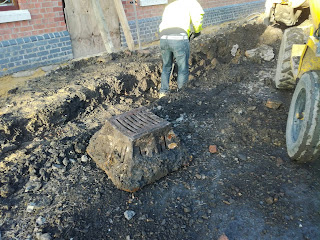 Finally, Tim Bright from Steam Railway Magazine was escorted around the sight by publicity director Ian Crowder. He paid us a visit to take photos & prepare for an article which should appear in the March issue of Steam Railway.
We see Tim Bright, second left, with Dave B, Alan Miller & Ian Crowder in the café area. 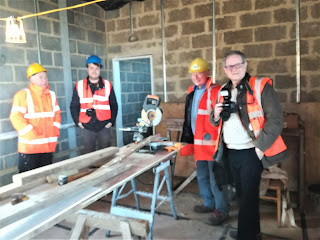 Thank you for viewing.
Paul Carter