Due to the cold wind and rain showers it was a case of keep busy to keep warm for the 29 volunteers that turned up this Wednesday! 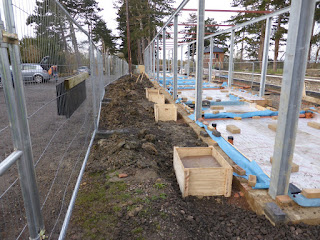 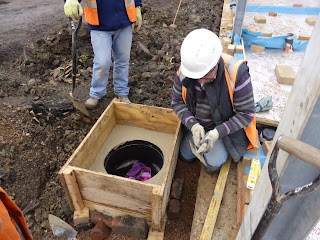 When the shuttering has been installed, concrete is then poured in and then smoothed to the required height, here Bob has just finished and then on to the next one . 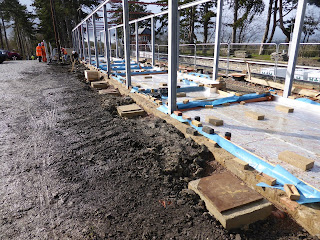 By the end of the day, most of the remaining boxes had been installed and filled with concrete. Then the ground around them was reinstated.


The footbridge main span having had its remedial welding and strengthening work finished was now due to be completely shot blasted ready for the visit of the painters on Monday. Below we have two pictures one of the inside walkway, and one of the finished outside with the hoops leaning, these are also ready to be shot blasted. 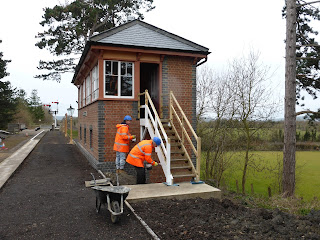 Later seen sheltering from the wind ? 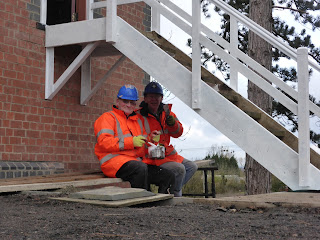 Another large team headed by Rod and Terry re installed the slabs which had been removed when the shuttering for base of the platform 2 tower had installed.

When they had finished around the tower base they then moved on the the end of platform 2 . 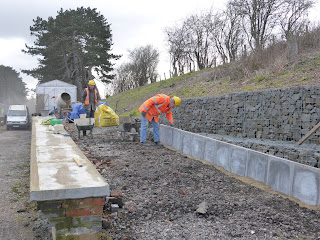 Over the previous weeks the tower's landing flooring had been sorted out and duly installed on the towers. This hopefully will give a sturdy platform when the span is installed in the next few months


One of the best places and best jobs to be doing? was at the northern end of the track bed, a team carried on the bank clearance and had a nice fire to keep them warm. 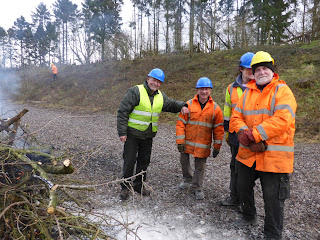 After Saturday's delivery of the remaining windows, it was then required to attach the former to the top of the frames, Here we see Pete and Dave sheltering from the wind and rain installing the last ones. Later they moved on to signal box to complete the installation of the window handles and window locks. 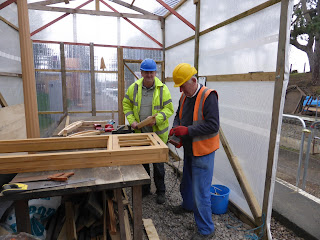 As there was a break in the clouds and the sun appeared I couldn't resist a few shots from the landing on the tower of platform 1.

Posted by David Holdsworth at 10:52