Saturday was a somewhat quiet day at Broadway as it was the GWSR Diesel Gala and several volunteers were away supporting this event.  In addition we had representatives attending the Railwayana Auction in Pershore, more of this later. There was still a respectable turn out of 12 Volunteers tackling a number of routine tasks. 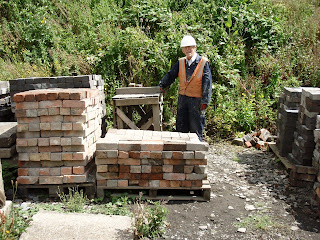 As ever Robin manned his brick cleaning station turning out dozens of carefully cleaned bricks. 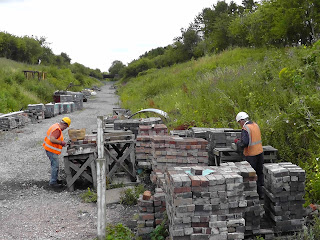 Ably supported by Peter K. You must be wondering how many more bricks we have to clean!, so am I. I will attempt to find out and let you know. 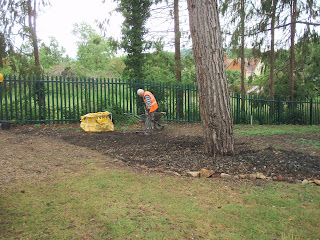 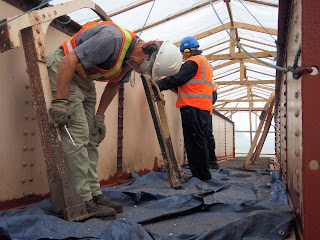 Work continued for most of the day in the "tent" chipping paint off the four hoops supporting the roof on the main span of the footbridge.  In winter this is a popular working area but today Ron, Brian and Roger (hiding from the camera), really felt the heat.  Probably one more session will see this part of the renovation completed. 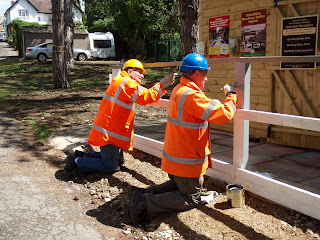 Keith G manned the "Goods Shed" today which had a good number of visitors and assisted by Jim managed to get a coat of undercoat on the adjacent wooden railings. 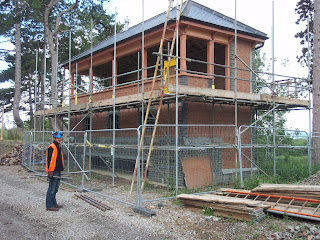 However the main highlight of the day was the delivery of the 7 signal box handrails by George Forrest, seen on the ground between George and the fencing.  These rails will eventually be fitted on the outside of the window frames approx. 12 inches above the sill and are designed to stop the signal man from falling out of the window.  George had undertaken a mixture of renovation of the existing rails that we have had donated, and then made several new ones using the originals as a pattern.  John C and Keith S did a trial fit which was passed with flying colours and these have now be taken away for shot blasting and powder coating. 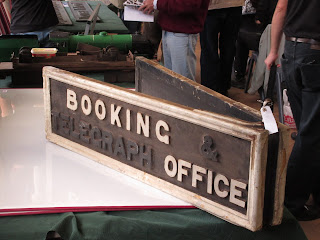 Some volunteers went to the railwayana auction at Pershore because they thought that the GWR station "V" sign (opposite) would look very good attached to Broadway station building when the building is finished. Some others thought so too and provided the finance from their wallets to enable us to bid for it and two GWR platform lamps also being auctioned. 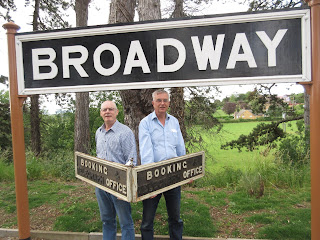 After some hard bidding we were successful in acquiring the station sign and the two lampposts, coming in just on budget.

John and Jo are proudly holding the sign, standing under the platform 2 running in board.